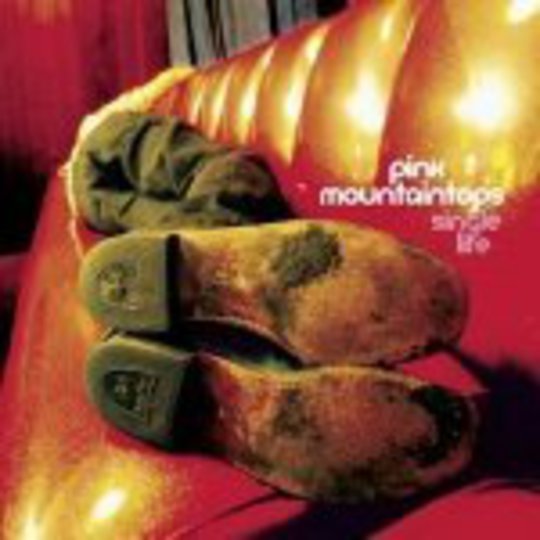 Stephen McBean’s latest offering as a Pink Mountaintop, rather than a Black Mountain of course, is a stomp-fuzz-fizz-pop number that echoes those few records of your dad’s that, y'know – if pushed – you’d admit were actually pretty cool. This would be an ideal juncture to proffer a word like ‘Velvets’, but that’s already noted on the press release. Oh. Whoops.

Neat couplets and a guitar that possesses a tone that can’t be bound by time – so placeless is it that it’s almost certainly trapped between dimensions – combine to create a song, ‘Single Life’, that’s addictive in its deceptive simplicity. It’s the purest of pop songs, all hooks and lines and sinkers, drizzled in technicolour uppers and uppers and uppers ‘til the listener’s left positively euphoric. It’ll breathe fresh life into even the most previously disinterested of attentions.

Flipside ‘My Best Friend’ is the comedown: it’s infinitely more introspective of style than its neighbouring piece, and again benefits amazingly from not sounding tied to a particular scene or time – the music of Pink Mountaintops can’t be confined by passing weeks and months; it won’t fade from fashion because at no point will it be _in_, as it were. And it’s all the greater for this aspect: mellowed-out and melancholic, yet boisterous and celebratory but a moment later.

It’s pop, perfectly formed but ever so slightly odd, too.