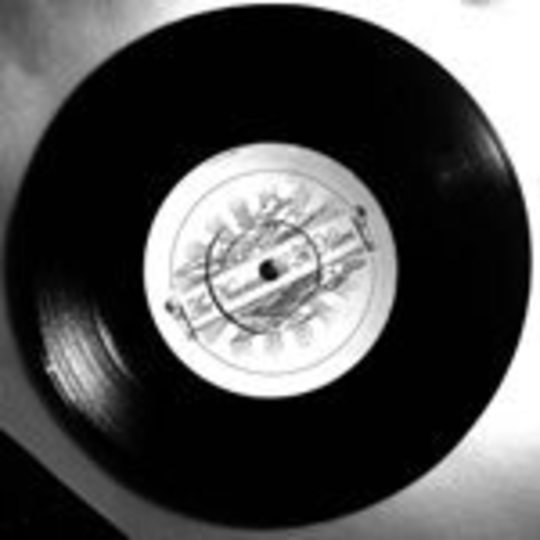 Scratchy sound on this four-track 7” – i.e. it has four songs across its twin sides, not that it was recorded on a four-track – can’t disguise the fact that London’s The Notorious Hi-Fi Killers are true brutes; their awesome sonic strength might be mildly diluted here, but it nevertheless echoes their live force.

Recorded by a quarter of revered capital city tinnitus-spreaders Part Chimp, this thick slab of wax – seriously, you could kill a grown man with something this heavyweight – sends psych-laced riffs reeling with wave after wave of distorted amplification, the sort that pounds its way sluggishly into your brain, like a bulldozer bringing down a Jenga tower. Grooves are deep and straight, easy to lock into, while incessant battering-ram drumming drives these arrangements through the blackest of holes and out into a blistered-by-the-sun horizon. Looking back, you can see the trees stripped of their bark; birds lie dead by their protruding roots, their nests torched.

Although not one of these songs – one, ‘Reverberation (Doubt)’, is a cover of a 13th Floor Elevators number (like, d’uh) – truly captures the tumultuous experience that is witnessing TNHFK (crap acronym, that) in full in-your-face effect, as is aforemtioned, this record does serve as a fine flyer, if you will, for their shows. It’s sure to arouse interest in the bowels of previously uninitiated parties for the next Killers set – be there, and try to hold onto your insides.