Separated By The Sea 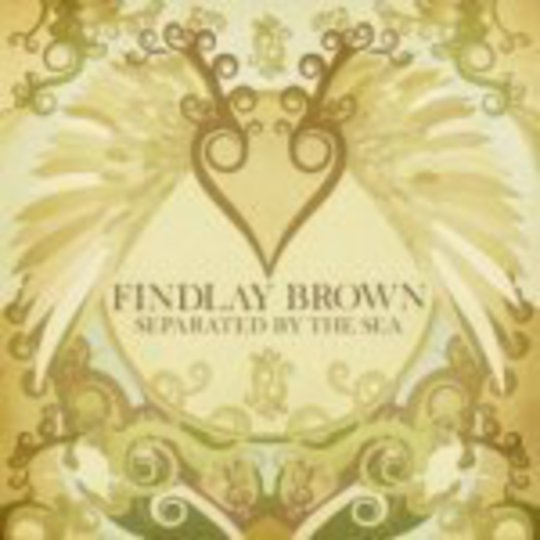 Ever since I heard this release, Findlay Brown has inspired great confidence in me for the promise of British folk’s future. It may well be unfair to pin all my hopes and expectations on one artist, but for me at least, no-one else really matters at the moment. Separated By The Sea is a debut to be cherished – a simple, all-consuming collection of folk tracks with fragile vocals and lush instrumentation; perfectly formed and genuinely beautiful.

Before this album slipped through my letterbox, I couldn’t quite pin down what it was about Findlay Brown which was so alluring. To be fair, he isn’t an innovator – but that doesn’t necessarily contravene good songwriting. He’s a little like a humble tribute to the folk heroes of old – heavily indebted to the sound of Bob Dylan, Simon and Garfunkel and Nick Drake – yet he re-invents this sound for a new audience. I then figured that it was in the way in which he captures the essence of summer so perfectly, through the medium of sound: these songs could easily soundtrack everyone’s last summer – days that never end, nights remembered as a blur of amassed memories and hours spent sitting in fields just because you can.

In both the artwork and the lyrics, Findlay Brown on numerous occasions offers out his fascination with the sea. Aside from the title track, which romantically documents his inter-country relationship with Marie Nielsen, ‘I Will (Ghost Ship)’ explores a perceptible lyrical link to the sea:

Was a golden shrine crying

And there she laid underneath the tide dying”_

His long-time girlfriend Nielsen plays a large part in the storytelling. His words, although not exactly unorthodox, are much more interesting than the romantic standard in as much as that you can feel that they are imbued with genuine emotion. Their relationship inspires some of Findlay Brown’s finest lyrics – honest, romantic and heartfelt:

_“We’ll be skipping over reels of rhyme

Running through the dampened pine

Shrouded in the snowflakes lost in time”_

Three tracks from the Don’t You Know I Love You EP make their way onto his debut: the ubiquitous ‘Come Home’, 'Separated By The Sea' and the newly re-modelled ‘Don’t You Know I Love You’. Although a dull moment on the EP, the latter can now be seen as a highlight in its own right: the original song is still recognisable, but an eclectic composite of sitars, drums and guitar effects have been added to its psychedelic-sounding veneer. Brown adds multi-instrumentation to other tracks on Separated By The Sea, too: an underused pedal steel sounds wonderful on both ‘Come Home’ and ‘Tonight Won’t Wait’, and string sections flow effortlessly throughout what would just be standard folk fare on songs like ‘Paper Man’ and ‘The Loneliness I Feel’. This could be Findlay Brown's Five Leaves Left.

Separated By The Sea is everything that I expected from Findlay Brown’s debut album – sweet songs with underlying romanticism, subtle nods to psychedelia, and a summery production which enhances the warm glow of Brown’s guitar playing. It may well be a little too early in the year to enjoy the album to its full extent, but if you have even a passing interest in folk music, give Separated By The Sea a fair listen. Findlay Brown _is_ the future of British folk music.