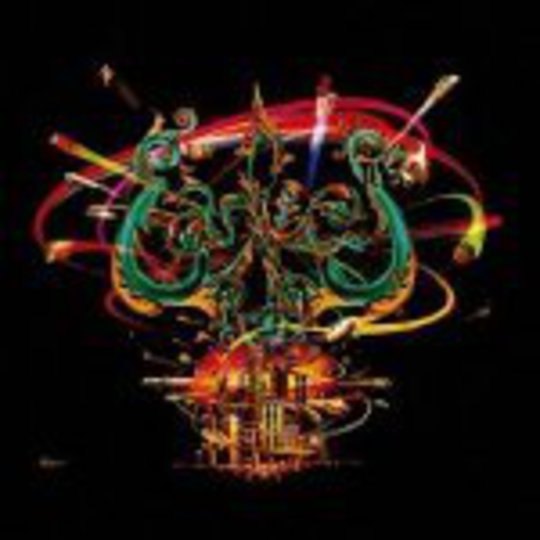 The Earlies’ collection of early EPs,_ These Were The Earlies_, documented the half Texas-based, half UK-based (yes, I agree that’s quite a distance) outfit’s journeys through a stratosphere of melancholic pop tunes that supported themselves on foundations of warm, psychedelic backdrops and flickering waves of electronic noise. While they stuck their noses into the well trodden footprints of a few Flaming Lips and Mercury Revs – to name a few - there were enough disparate elements floating around the LP for more than one obsessive critic to give The Earlies a rightfully earned glowing nod of approval.

Now, after probably racking up their fair share of frequent flier miles and crashing a few servers thanks to cross-continental bandwidth abuse, The Earlies return with a proper full length._ The Enemy Chorus is another ode to the band’s adoration of blessed-out harmonies, but this time they bring their love of classic Krautrock to the fore with throbbing groves that recall the groundbreaking out-there sounds of Can and Neu!. Opener, ‘No Love In Your Heart’ _jams strings and brass into the musical hot pot and stirs things up with a heaping serving of tight drum riffs and heavy synths to create the perfect soundtrack for a cosmic invasion in a post-apocalyptic sci-fi film. While the instrumental _‘Gone For The Most Part’ _fuses orchestral elements into a lush wash of sound that’s lightly accentuated by a tinkling piano repeatedly coming in and out of the mix. Both songs represent an attempt at building a rich, unique and cinematic tension that runs rampant throughout the album.

But, unfortunately, it’s an attempt that never fully comes to fruition. For while the band excel at generating lush soundscapes that tick every single box on the cinematic-Krautrock-psychedelic-whatever you want to call it front, repeatedly slamming together every approved esoteric noise you can think of – and there are moments that border on brilliant – there is one tiny problem that plagues what is in essence a superb idea. If you strip back every little musical layer, all you’re left with is a typical collection of traditional, time worn rock songs. It’s a bit like that moment in_ The Wizard of OZ _where Dorothy stands before the great Wizard, pulls the curtain aside and discovers that the mighty all-powerful is just another wrinkly little old man, exactly like all the other millions of wrinkly little old men in the world.

Still, while_ The Enemy Chorus _may not launch itself into the night sky and explode like the great big sonic firework it wants be, there are enough bangs on display here to warrant taking it out for the occasional stroll. Even if it’s bound to easily tire and will probably demand a rest at more than one bench along the way.

Separated By The Sea