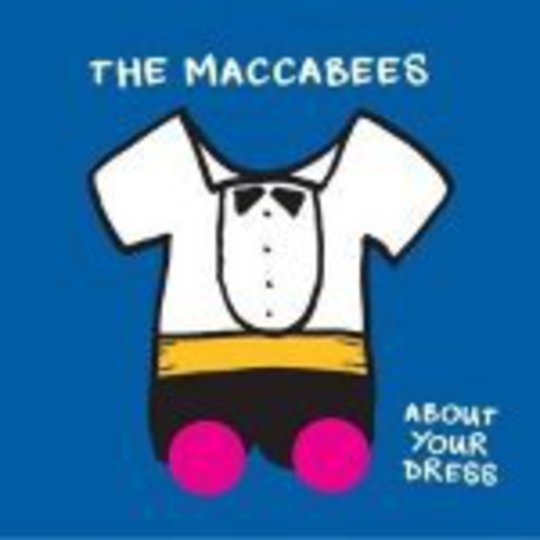 Word on the street is that when record executives approached The Maccabees with budget plans for the ‘About Your Dress,’ music video (click), the band was appalled by the excessive offer. Coming from a group whose name originates from biblical rebels, it was no surprise that they took this opportunity to ‘stick it’ to the man.

Contrary to the norm, the music video surfaces as a D.I.Y. parade portrayed almost entirely by costumed finger-tips prancing around as pairs of human legs interacting with each other and dancing to the music. As silly as this scene may appear, it could not be more appropriate: frontman Orlando stutters, “You stood out like a sore thumb” to signature Maccabee murmurings. The childlike awkwardness of the finger puppetry and musical sense of stammering urgency, ‘About Your Dress’ flaps about like the wings of a young hummingbird struggling to stay in flight.

What’s worrying, though, is that the video comes across as significantly more charming than the actual song, which is borderline OK Go. Allow me to explain: remember that incredible OK Go video for ‘Here It Goes Again’, featuring the band’s breathtaking dance skills on treadmills? Absolutely! Remember the words to ‘Here It Goes Again’? Absolutely not.