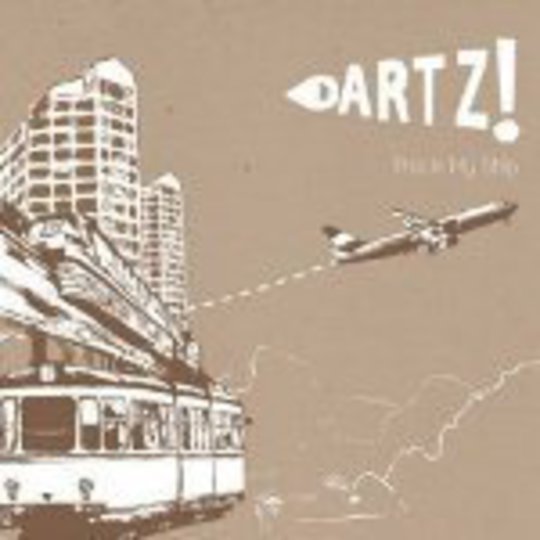 Perhaps the most captivating aspect of Dartz! is not their excessive exclamation point usage, but their non-musical sources of inspiration. While the crafty unkemptness of the trio may occasionally remind you of the volatile energy of This Aint Vegas, Dartz! insist their motivation lies in the words of Hemingway and Dostoevsky, or the memories of times spent in New York and Prague. Appropriately so, This Is My Ship unfolds like a sachet of treasured recollections in a jagged but keenly exuberant manner.

‘Teaching Me To Dance’ actually sounds like an instructive track, intending to teach a shy wallflower to shake it.