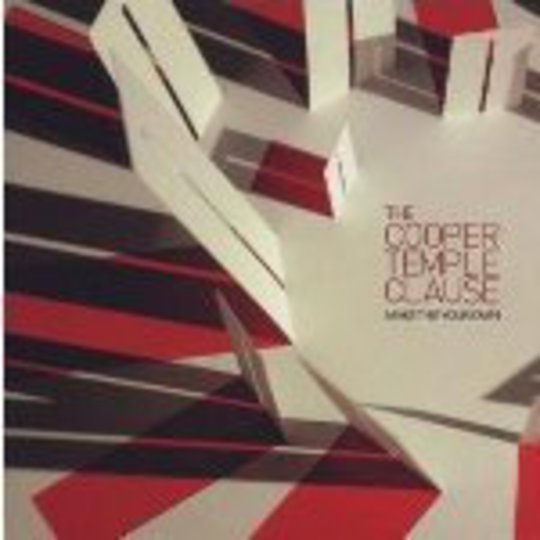 At some point during a band’s evolution there comes a time where they have to make a decision – consciously or not – as to whether they are prepared to dabble with ‘mainstream’ musical forms, enforce a degree of restraint (or at least rein in self-indulgence) and write songs not only for themselves but other people. This process is sometimes called selling out, or in industry terms ‘being commercial’: record business speak for making music that will get played on heavily-formatted radio stations. Yes, they rain dross and banality upon us like shit-hail, dispossess us of our right to inspired and inspiring music, and create a musical landscape rife with aural muggings; but what they also do is make the difference between a band remaining relatively anonymous and crossing over into the mass public consciousness. Now I’m not saying that anything which sells well or is in the charts is bad, merely that as an end in itself, making music for conservative masses is a horrific gimp to self-expression.

Time was when The Cooper Temple Clause could be relied on to bring an acerbic slice of machine-gun Valhalla to the table and rend it asunder: a cacophony on the level of XTRMNTR or Fun House that just ripped at the sensibilities of the commercially-minded and austere. In order to lend weight to this statement I will regale you with a true story that goes thusly: shortly after the release of See This Through and Leave, I had a conversation through the window of my ‘hot’ Peugeot 106 with an elderly lady on a garage forecourt. TCTC soundtracked this brief exchange, which went not unnoticed by my new friend. “Is that the music?” she asked anxiously, fiddling with her hearing aid – presumably to dial out the sonic assault emanating from my fossil-fuelled DJ booth. She was terrified, and rightly so: The Cooper Temple Clause was not spawned to appeal to the near-dead ears of the old and infirm.

I never thought a band that could wither humans through vibrations alone would one day sell-out, and I still don’t, though Make This Your Own, TCTC’s third album – and first since the departure of Cuban-heeled, spirit-guide bassist Didz – is the product of a band in flux. Like when a tree falls in a forest and so commences a race to fill the new space, the trunk of the Coopers remains, while at the same time they sprout numerous tendrils and branches in a bid to search out new possibilities.

I was aware when I received Make This Your Own that TCTC had already released a couple of overtly commercial, by-numbers singles which had pretty much passed me by, but expected the long-player to shed this doppelganger skin and reveal unto me their true form once more. Sure enough, ‘Damage’ cracks into life like a classic TCTC track, all grit and aggression. Ben Gautrey’s gravely vocal is extremely high in the mix – not a move I’d be inclined to agree with but despite (or maybe because of) this, echoes of it are still puncturing holes in my brain some time later, even, inexplicably, when I get up in the dead of night to answer nature’s call. Too much information you may say, but it’s about context, the context here being that there are tracks on Make This Your Own that will tear the top of your skull off and sit in your head for days.

In an album that is generally devoid of much of the electronic embellishment we have come to expect from TCTC, next single ‘Head’ and ‘Connect’ both divert the album’s course away from turbocharged ferocity and into John Carpenter soundtracks; though sonically familiar, they navigate heroically through ‘China Girl’-era Bowie. It’s eclectic stuff, and while nodding its head knowingly in the direction of familiar cairns and musical waypoints, is a far cry from the turgid hash that commonly comes our way.

Few bands set out to make tepid music. For some it happens inversely (see Radiohead), with each successive release seeing a retreat from mass appeal; for others it can be a maturing, or a plank-walk at the behest of a master who holds the purse strings. It may even be a last desperate bid to salvage something from the fading embers of a ‘career’ gone awry. Operating on the fringes rarely brings wide-ranging recognition, though it may alert the cunning and more savvy to the possibility of watering a formula down to just the right degree that an approximation can make the nut.

In TCTC’s case I don’t know what it is, but on Make This Your Own they have definitely compromised some of their old traits in a bid to broaden their appeal. You need look no further than last single, ‘Waiting Game’, to hear this: it’s is a blatant grab for a market hitherto untapped. You can’t really hold it against them – a token feel down the front of Snow Patrol’s pants – but it just seems a bit beneath them and, well… crap. Similarly, ‘Isn’t It Strange’ treads a tame Killers-esque path into a self induced dead-end. It’s aimless and certainly not better than many bands who’ve fashioned much deadlier weapons with similar tools. Making a couple of chart-worthy tracks to help shift a few extra albums is no crime, and it certainly doesn’t stop experimentation elsewhere on the album, but unless such a move is sincere and comes not from the desire to sell pop music but to make pop music, it really does tell.

Other than maybe three songs which scream of obvious chart-plundering, there is a whole lot here to love. ‘Take Comfort’ makes for a sweet counterpoint to much of the heavier material and is an unexpected joy: simple but more dainty and striking than we might’ve thought them capable of. The chorus intones, “I will laugh and I will cry / But I’ll take comfort in the fact that some day I shall die” – which might sound trite in words but takes on a country-tinged dignity ‘on wax’. ‘All I See Is You’ is a schizophrenic and sprawling monster that starts with a menacing synth-throb and ends with a guitar-soaked panic attack, while closer ‘House of Cards’ is a less menacing ‘Murder Song’ with the creeping dark exchanged for soul and regret: “This house is in pieces / I never saw it falling / It was such a beautiful thing”.

With vocal duties chopping and changing, whilst at the same time assuming a variety of different and sometimes directionless shades, it seems that the lengthy gestation period of Make This Your Own has wrought some havoc with continuity. It’s immediately obvious that it wasn’t thrashed out in the studio over a couple of weeks. Be it the result of an extensive musical palette or a nod to the download world where growing importance is placed on individual tracks at the expense of a cohesive body of work, Make This Your Own does not demand a great deal of perseverance and can be delved in and out of according to mood. It’s almost certain that you won’t listen to the whole thing through in the same fevered way you would, say, Arcade Fire, or even the band’s own previous albums. That said, TCTC have always embraced a wide range of ideas and this is not a disposable whimsy; more a collection of largely impressive songs – including a few of their finest to date – that just hang together a little loosely.

Make This Your Own is unfocussed and over-polished, maybe, but it’s enough to keep us satiated for the time being. They can, and will, be better. But for now, this is enough.