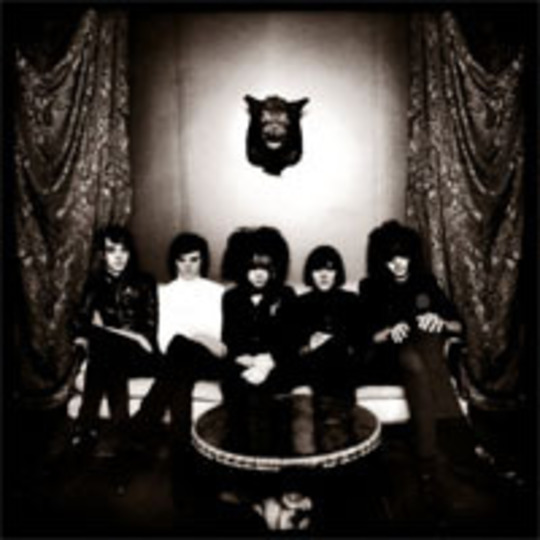 Long-term faces on both their hometown of Southend and London's trendy Hoxton scenes for some time, it was inevitable that The Horrors would eventually go from being The Royal Hotel’s house band to acquiring a decent record deal and adorning the front covers of both music and style magazines alike in glossyville. And that’s regardless of what they sound like...

Of course, that is where the root of the problem – their problem – lies. After all, if there was a fantasy league where rock groups rather than football teams were created, you'd probably pick a band with the image and attitude of this bunch every time, even down to the on-stage aliases (Coffin Joe, anyone?).

When one gets down to the nitty-gritty of their musical output, though, a vacuous chasm starts to appear, and fast. To call The Horrors one dimensional isn't just stating the obvious; it's like telling a child that Santa only comes once a year. After eleven songs, the band’s inability to stretch their sound starts to take its toll.

Which is a shame: as live bands go, The Horrors are one of the most exciting and entertaining acts around at the minute. They regularly brighten up many a dull indie-by-numbers club night with their riotous, theatrical performances. But, of course, you can't watch the band while listening to Strange House on your iPod, and when the realisation hits home that people like The Eighties Matchbox B-Line Disaster and The Damned have done this kind of thing so much better, you wish you'd invested your hard-earned cash in something with just a little more longevity. Listening to Strange House can be compared to ordering a Big Mac with fries – the activities can be similarly evil, but at least when your stomach’s emptiness subsides you don't have to look at the packaging every day as a reminder of your last bad purchase.

On a positive note, at least The Horrors are doing something completely different to most of their contemporaries at the minute. While some may see them as an act retrogressing to garage days most ‘proper’ musicians would rather forget, they nevertheless have the foresight and vision to go way beyond last week's fad for divine inspiration. If their existence persuades some 14-year-old kid to check out some of the Pebbles or Nuggets compilations from the mid-to-late 1960s, then they have achieved something to be proud of.

But back to the matter at hand: Strange House is unlikely to win this youthful quintet any new converts. The best advice to anyone wishing to sample The Horrors would be to catch them live – preferably in as small a venue as possible – and seek out the first two singles before committing to this debut long-player.

Hopefully – and I say this with complete sincerity – this sadly mediocre record won't signal the end of The Horrors. They _do_ have something to offer that other contemporary (and mainstream-accepted) artists can only dream of, but they really need to ‘know their place’. In their case: around midnight in a dingy basement bar with the amps turned up as far as they can go.