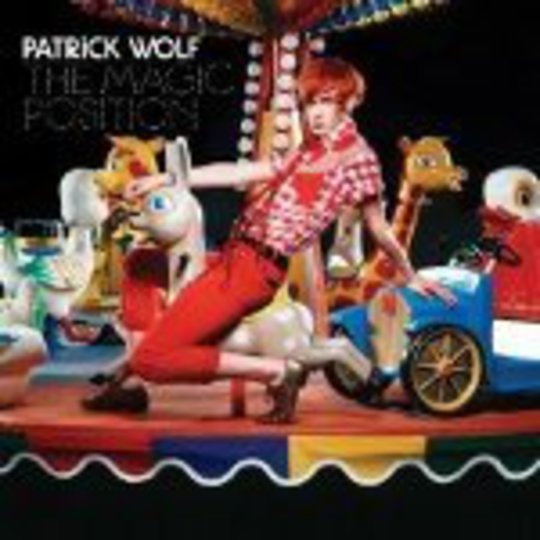 What with the immediate snaffling up of and offered guidance to every artist or band who glances at a guitar handbook these days, it’s no wonder that we’re being force-fed half-baked debut albums and anaemic follow-ups.

To have someone on the cusp of success on the eve of their third LP, then, is a refreshing thing. Patrick Wolf may have established himself as the darling of the indie scene for a while now, but his name and music seems set to be filtered out to a wider audience. Not least because of his forthcoming European tour with Arcade Fire. Deserved? On the basis of The Magic Position, very much so.

The Magic Position is a substantial leap on from his previous LP, Wind In The Wires, in every sense: it possesses grander ideas, greater tunes and better sounds, plus it’s a more cohesive piece of work than past releases. It’s almost like, wait for it... he’s developing.

Kicking off with the ‘Mad World’-esque ‘Overture’ (with additional slabs of industrial machinery churning in the background) the tone is set, beautiful pop songs offering immediate gratification. But naturally there is, as they say, much more. The titular second track is a stomping, Rufus Wainwright-like neo-cabaret gone Boomtown Rats gem. Radiating positivity and sparkling potential, it’s the sound of a bedroom lo-fi wonder shrugging off the eight-track and embracing a kaleidoscope of sounds. Maybe surprising for a man cloaked in his own myth, ‘The Magic Position’ is a straightforward love song: “It’s you who puts me in the magic position, darling… so let me put you in the magic position… I’m singing in the major key_”. And it’s all the better for it.

‘Accident & Emergency’ showcases the avant-noise-loving persona of Wolf. Featuring Edward Larrikin, it’s equally as mesmerising as the tracks previous to it. Dark balladry comparable to Nick Cave (yes, quite the compliment) creeps in with the album centrepiece ‘Bluebells_’, though there are enough twists and turns in the track to see him inevitably – but perhaps not too unfortunately – labelled as the UK’s solo answer to Arcade Fire. It is quite brilliant.

The Magic Position is not entirely perfect: the dense electronic slabs that make up ‘Secret Garden’ fail to make any great impact, while ‘Enchanted’ closes more eyes than it melts hearts; elsewhere, ‘Magpie’ relies too heavily on the contribution of Marianne Faithful and ultimately falls a little flat. But it’s easy to overlook a few fizzles in an album stuffed with fireworks.

Room to improve, then? Yes, but we wouldn’t have it any other way. On this form, Patrick’s next album will be sensational, and the fifth will be…