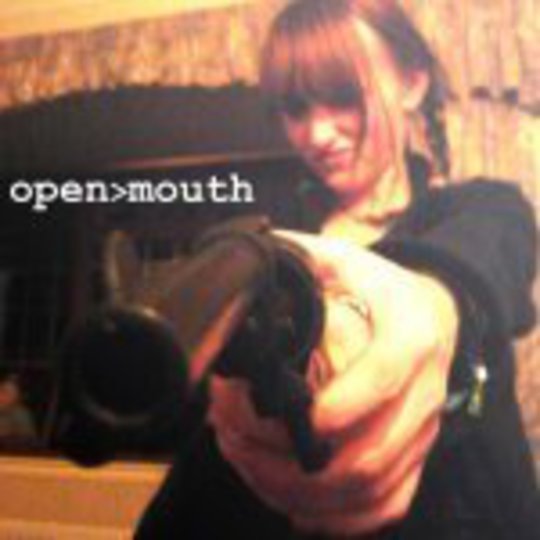 I’ve been following Open Mouth for some time now - half a year, to be precise. It only recently occurred to me though that Seymour Glass’ songwriting with Open Mouth might actually be more accomplished than anything he ever did with Miss Black America. The songs I’ve heard so far distance themselves from the past, the history, and discord of yore. It's strange listening to this record for a number of reasons. Firstly, Miss Black America were a band that sound-tracked many teenage years, so for some, any veneration for Open Mouth will inevitably deflect back onto them again. Secondly, as this is essentially just a voice and a guitar, Seymour's voice sounds a lot more intimate; it feels like you're intruding on the inner sanctum of his emotions.

‘Castle Keep’ doesn’t quite get going until past the two-minute mark. Of course, the acoustic guitar-led first half works well in context the second time round, but it only works as a build-up to the song’s defining the moment – the part where a shoegaze-like swirl of electric guitars cascade into consciousness, uniting in some musical chemistry and exacting the kind of energy that leaves you speechless for moments after. It’s this kind of fare which has meant his demo given to me half year ago has become scratched and worn after months of heavy rotation in my CD player. This song is worth the asking price alone.

Dexy – the second act on this split single – is another songwriter from London town, but plays in an entirely different field. Whereas Open Mouth’s influences range from The Verve to Tori Amos, Dexy listens to Bob Dylan and Ryan Adams, Elliott Smith and Blur. I’m sure Dexy will be the first to concede that his music’s not a musical revolution of sorts, but his loveable acoustic-pop formula rooted in an alt-country tradition should see him rise to ascendancy. ‘Waiting For An Accident’ – the joyous assemblage of harmonica melodies, acoustic guitars and Dexy’s whimsical vocals – is indie-pop at its finest: earnest, fun, and naggingly catchy.