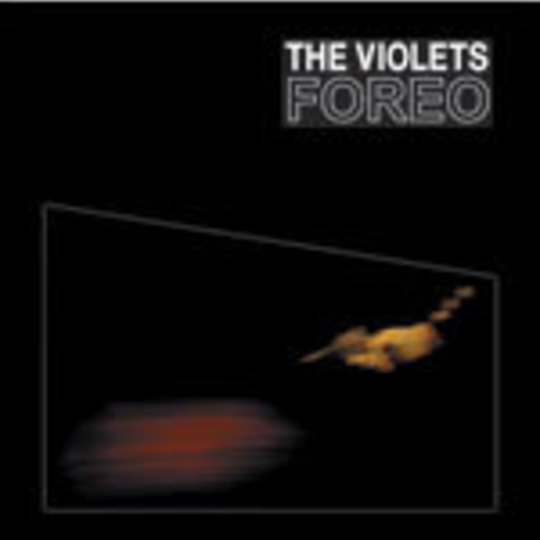 If you'd have asked me to twin any director with The Violets, Alfred Hitchcock would've been one of the first names to roll through my lips. The band's new single is based upon his 1964 film Marnie; a suitably dusky psychological drama. Like Marnie, 'Foreo' is the story of suppressed memory making its way back to the surface to submerge its owner beneath guilty grief - and even if this isn't Hitchcock, there's still enough going on to bury your ears. Drums pound, a bass is slung, guitar wails and screams against itself - but still, the stark monochrome the band paint themselves in sometimes makes 'Foreo' seem like it’s moving up and out through the cold layers of a corpse.

This in mind, The Violets seek to draw their heart from other vessels - using their slice of scarlet-gothic, 'punk delicate' to toy brazenly with their audience's associations. Will this prove to be enough? Their descended brand of cobweb escapism is always gonna attract some, but you feel that they will have to find lures truly their own if they want to take their music out of the thrift store and into the hearts and minds of a wider audience. There are other pitfalls. Though I'd never before have placed them in the same bracket, there are moments here that veer too close to The Long Blondes, particularly in the verses; albeit that the Junk Club schemers take the sepia hues of the Sheffield quintet and paint over them with good old black and white.

This comparison may seem lazy, but it's one I've only just reached, having listened to both bands a fair bit over the past year - from, perhaps most relevantly, back when The Violets were still three people. The scuff and bluster of songs like 'Descend' seemed somehow sharper, more urgent. It's not that the acquisition of a bass player has detracted from this too much - in truth the band's slightly built sound still doesn't leave much to take - it's just that their contrast seemed more believable, more vital when you could imagine a stage cut between the tinny rattle and spike of the music and Hindley-Sedgewick hybrid Alexis' throat. A sound grown fuller and fatter inevitably leads to the clipping of a few angles, and that's damaging to a sense of noir that is built as much from what isn't there as from what is.

Thankfully, what is there is still well cloaked. Twitching, insistent, scattered guitar and lyrics twisted into obscure veils assure you that The Violets still know how to play with shadows - even if this song does tend to come and go, leaving only the slightest of traces, like silhouettes creeping and falling on red bedroom walls. Suddenly that bass - a driving, persuasive back-up flanking the scratchy noise - begins to make more sense.