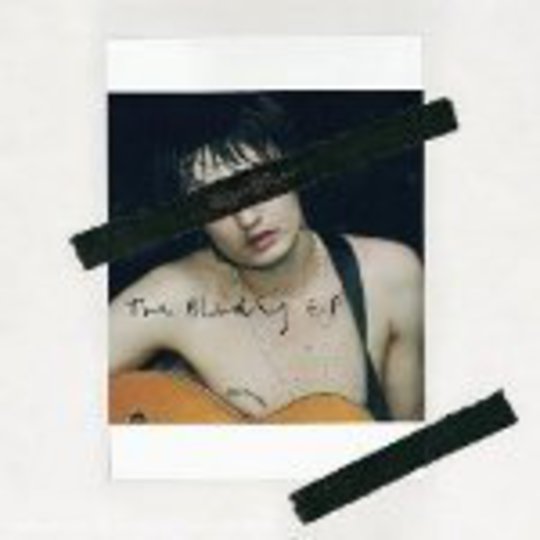 Right, let's start by making it clear that this review is going to focus on the music and nothing else. Forget the ongoing tabloid soap opera surrounding Pete Doherty and his Gucci-sponsored girlfriend, it's the tunes that count and that's why we're here. Okay? Okay...

And to start with, the title track of this five-track EP isn't actually that bad: there is a semblance of rhythm and melody - something that was distinctly lacking in a large proportion of last year's Down In Albion collection - even if you do get the impression that you have heard it somewhere else in another lifetime, like on one of those sixties beat-pop compilations featuring the likes of The Yardbirds and The Spencer Davis Group, for example.

Doherty's vocal sounds more at ease and less-pained here than on previous Babyshambles releases - so far, so good then.

By the same token, it has to be said that the majority of this EP is instantly forgettable, so by the time 'Love You But You're Green' has finished plodding on like a drunken grandad at a funeral, followed by 'I Wish' and its comedy ska jollities (more nauseating than exciting), the next few minutes are spent looking at your watch waiting for the CD to end.

Of course it doesn't, and 'Beg Steal Or Borrow' turns out to be one of the best songs Doherty has recorded under the Babyshambles mantle: it flows along like an insistant swan, chasing after the last morsel of crusty bread that a little kid has just thrown into the Thames.

After that, there's still one more to go, and 'Sedative' is exactly that - comatose and mournful, and best left alone unless insomnia comes biting.

All in all, this would have been an interesting single - two of the songs on it represent a surprisingly buoyant edge to this much-maligned outfit. Sadly, padding 'The Blinding' out to three-times longer than necessary, to an EP, asks too much of the listener. But still, it's better than anyone could possibly have expected.

It Is Freezing Out