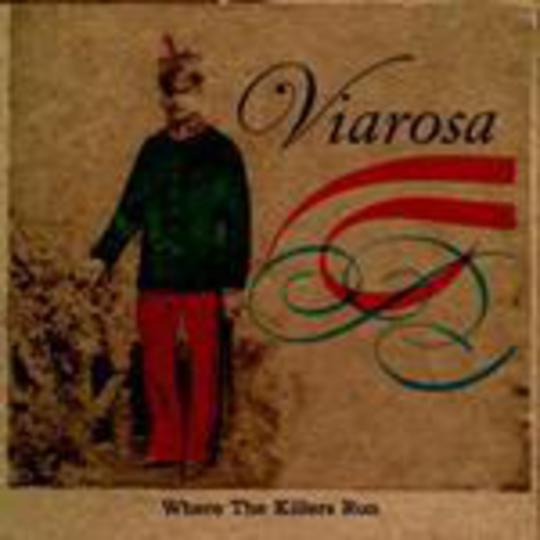 Viarosa's debut album more than deserves this second bite of the CD shopper's cherry. Its original appearance eighteen months back inspired a hefty mound of wildly enthusiastic press reviews but somehow, whether it was distro problems or a lack of widespread gigging, the band didn't manage to capitalise as they should have.

Built around melodic violin, banjo, a resonating guitar and lyrics filled with images of times long past, visualised through a sometimes Cohen-, Cash- or Morphine-crafted vocal, places them as Americana. But that's a convenient tag that doesn't tell the whole story. From this British band come allusions to kings and paupers, prayers and forgiveness, all of which have been borrowed from antiquated imagery.

An air of oppression is balanced by ongoing references to wide open skies and desires for release and salve. _'Poor Man's Prayer'_ brings to mind the barren, mist-shrouded landscapes of Bergman's _The Seventh Seal_, and the wind blows over waters in a dank cave before delicate guitar and a droned vocal intro sound too much like Buckley's _'Dream Brother', but from here further comparison to the lamented musician easily evaporate. Sourced from hand-wringing personal experience, lyricist Richard Neuberg takes refuge in mediaeval connotation, not in pursuit of a pre-Raphaelite romanticism but as a way of forcing a distance between his songs and their inspirations. The effect is magical and leaves me wondering if shared memories from the fabled Collective Unconscious have been tapped. Whatever the cause, I am stirred. Lyrics aside, _'Boy'_, a gentle song buoyed on a full lung of heady oxygen, rises before rising further on wings with the heightened drama of _'Stay'_-era Bowie. The band show a deep understanding for the emotive power of apt chord progressions with dramatic tension pouring from almost every song. Neuberg adapts his chameleon voice to whatever best suits and with each compelling vocal comes its perfect foil in the shape of backing vocals from Emma Seal. Her contrasting voice is as cracked and seductive as Kim Deal (or perhaps Marcy Mays on the Whigs' _Gentlemen_). The album rides on a strong noir content before reaching a cathartic conclusion.

This time round, the synergy would seem to be up and running as they prepare to tour with ex-Lift to Experience frontman Josh T. Pearson. Hopefully now is the time for the overlong, quiet buzz surrounding this extraordinary band to become a roar.

Nothing In My Way