Nothing In My Way 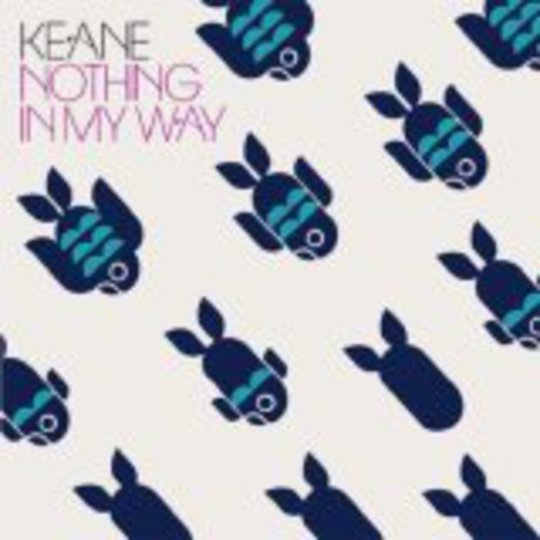 Scoff all you like - I’m too far away to glare at you effectively enough - but I never hated Keane. Never a seething dislike or contempt and, hey, if we were picking sides I’d stand somewhere near the back of the 'pissing champagne' crowd. Yes, Keane were always slightly bland, a bit wet, generally (in the derogatory sense) very nice. But at least they were bland and wet and nice and good at it. Plus, with the advent of the actually surprisingly agreeable ‘Is It Any Wonder?’, it did almost seem like Keane could break loose from the straightjacket that marked them as lacking in spine as they were in guitar.

But a song like ‘Nothing In My Way’ makes it very hard to give them the benefit of the doubt anymore. It’s telling enough that the third single from Under The Iron Sea already sounds like scraping the barrel (or, at least, making a replica barrel exactly like the barrel that they carried songs from their last album in). But in a disheartening and all too predictable manner, ‘Nothing In My Way’ sounds like you would expect most bands to after they realise their template sells by the squillion. All the Keane hallmarks are here but neutered and hollow: derivative piano plonking; infuriating inoffensiveness that even a promo video about horse porn and knife crime couldn’t cancel out; lyrics about “lonely souls” and having “such a nice time”, what ho!; a chorus that you can imagine Mr Chaplin punching the air along to. It’s the sign of a band slipping numbly back into their familiar ‘sound’ only to find that, the second or third or umpteenth time around, it isn’t all too flattering.