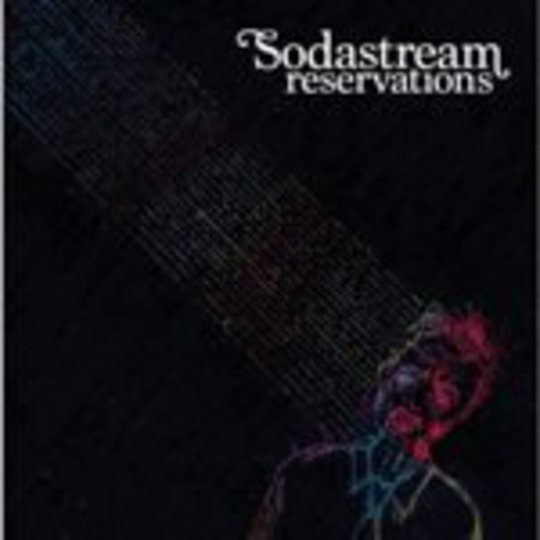 *Sodastream *have that disgustingly brilliant knack of being able to make one simultaneously envious of their craft and sickened that they don't do more with it. It's like Salvador Dali suddenly deciding that floppy clocks are nowt compared to a nice cloud or two. With all the amazing warmth that this band have created over the last ten (yup) years in mind, it wouldn't be silly to think that maybe they could do something more than just be amazingly warm all the time, would it? Or is that a silly assumption, like asking Teenage Fanclub to appear at Live 8? Or getting Roger Taylor to give a lecture at the BNP? It's not important, really, because I just heard a little bit of upright bass on_ 'Tickets To The Fight'_ that severed the flow of blood to my head, forcing my body to decide that fluids should probably just stay in the heart where they can pool slightly and lie down for a while.

So we'll ignore that it's all sounded the same for these last ten years. It doesn't matter anyway, because there are stupidly alluring horns and strings littered all over the place, casually strewn about like the end of a Polyphonic Spree rehearsal. It doesn't matter, because there are unspeakably bleak lyrics about "reading the lines on the pavement" after a night's worth of brain-wrecking alcohol abuse and ending up down the nick because of it on 'Firelines'. It doesn't matter, because Sodastream, although rather obvious in their execution and the buttons they press, can construct images of the poor, broken sod we probably all are anyway and chillingly shove it in your face under a blanket of sweetness. And then you forget all that again because the impeccable sing-along of "You came by to show the right thing to do" on_ 'Don't Make A Scene' _has taken any fluids left in your body and offered them as a sacrifice to any remaining organs that need to be replenished ASAP. So what if they sound the same as before? It's not often an album can make you feel so ill in such an excellent way.

Reservations is, for many biological reasons, an album that must be heard. Its sweetness of touch, the deft way in which we are caressed by its veiled jagged edges and an impeccable sense of musical placement all combine to construct an experience rather than simply a series of pretty tunes. This is envelopment in its purest form, an album that screams at you under its breath to be loved. And that’s healthy, yes?