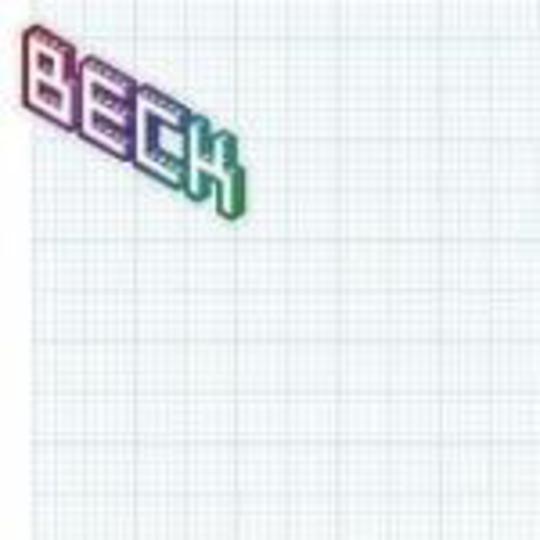 Beck 2006 isn’t the Beck of 1996, of Odelay and all the wonders that followed it. This Beck is mellow and mature, a father and believer in strange alien worms that brought life to the Earth. He’s no longer perceived as an out-there maverick; rather, his more schizophrenic on-record moments of late have been attributed to a need to appear inventive. It’s telling that his most revered release of recent years is the noticeably understated Sea Change.

So it’s slightly surprising that The Information proves itself to be a genuinely intriguing album of multi-genre exploration; it just might be the closest he’s come to replicating, without resorting to pastiche at all, the genius of Odelay. The Information twists and turns, ripples and burns: ‘Cell Phone’s Dead’, the album’s latest single, is a patchwork of whistles and bells, drums and hums, set to an irresistible beat; it morphs neatly into the rather more subdued ‘Strange Apparition’, which comes on like the sort of sweet indie-pop rocker you’d expect to hear from the likes of Ben Kweller and Ben Folds. The Bens, then, not the Beck.

Despite the album’s plethora of stylistic shifts and breakdowns, there’s a solid coherency to The Information that allows it to flow from beginning to end without the listener losing interest. The string-laden ‘Dark Star’, which also features a neat harmonica passage, is one of many laid-back tracks that allow the listener to rest their wearing dancing feet prior to another eruption of posterior-shaking beat-blasts. On example is ‘1,000 BPM’, which finds an abused cowbell latched to a silky smooth rap from Mr Hansen, “coming to you one-thousand beats per minute”.

At seventeen tracks and over an hour long, you might expect sections of The Information to drag rather, but only the ten-minute ‘The Horrible Fanfare…’ really outstays its welcome. A three-part suite, the ‘song’ could have been lopped from the final album cut with little sweat spilled.

An absorbing journey through the still-buzzing mind of one of modern music’s greatest solo artists, The Information could well be regarded as one of its maker’s classics in a year or two; it certain warrants slipping onto a shelf beside the aforementioned hit-spawning ’96 long-player. Unlikely to divide opinion as uneasily as either Midnite Vultures or Guero, this is the sound of Beck rediscovering his muse of many personalities. And she, like Beck 2006, is still in great shape.

The History Of Britain