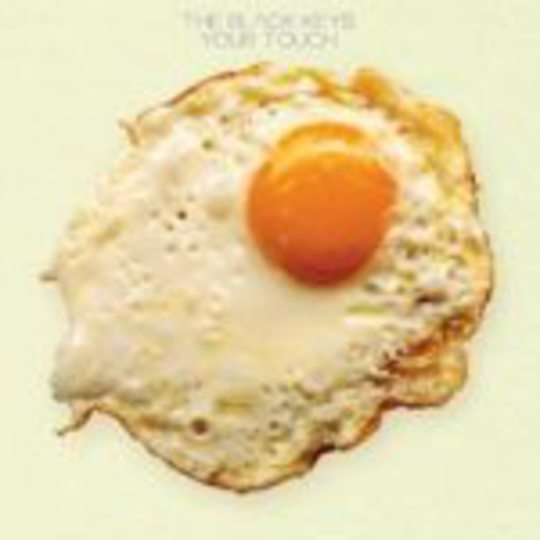 The boot-stomping highlight of The Black Keys’s latest long-play collection, Magic Potion, ‘Your Touch’ riffs its merry way into a fiery frenzy, vocals tossed into the melee with no regard whatsoever for smoothness: this is raw, emotive, and sure to get even the most reserved indie boy out of their library seat and air-guitaring.

That’s if they’re not taken by the tub-thumpedy-thump thwack-crash drum beats, anyway: as a package of joint-popping good times, ‘Your Touch’ is fairly untouchable. For two-and-a-half minutes the Keys brothers Carney and Auerbach flex their meaty musical muscles and grind out filthy licks enough to sate the appetite of the hungriest rocker, be they archaic of orientation or inspired solely by the here and now. This rock is as old as time and as contemporary as tomorrow’s So Hot Right Nows.

Of course, it’s about as three-dimensional as a six-year-old’s primary school sketch of their mother – yes, she has eight fingers on one hand and two on the other – but if it’s brainless fun and primal r’n’r indulgence you’re after, albeit for only a fleetingly brief period of time, this is your tune.