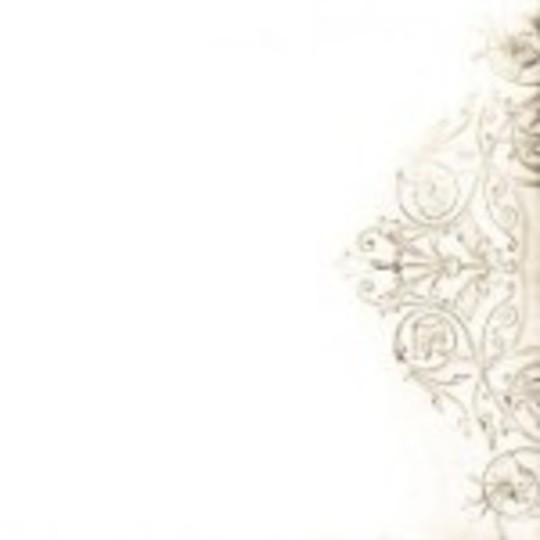 There are few male voices I can comfortably allow to lull me into a state of near-slumber, where partially shut eyes can blur out all but the most-necessary distractions; where ears have attentions only for the gentle strum of a much-loved acoustic and the sweep of bow on strings, for a single mouth telling of love lost with all the drama of humankind’s first divorce. Call me sexist, whatever – the fact remains that I primarily enjoy my lump-in-throat lamentations delivered by a whispering female; maybe Chan, maybe Kori, maybe Sara. But for Damien Jurado, I continue to make an exception.

It seems odd, to me anyway, that Jurado isn’t as heartily back-slapped and saturated with acclaim as a number of his peers, at least by critics in mainstream circles: Will Oldham is the most obvious of said individuals to spring to mind, of those whose every musical move is almost unanimously applauded, but he’s far from the sole member of this particular club. Oldham’s latest, The Letting Go, is a fine long-player and no mistake, but in terms of emotional resonance and simple heart-wrenching rawness it pales, considerably, in comparison to And Now That I’m In Your Shadow. These thirteen songs – perhaps an appropriate number, given the suggestion of unluckiness in life that permeates a selection of them – are as sparsely beautiful as anything an alleged peer has committed to shiny compact disc this year. And the last. And the one before that. And so on…

Jurado’s way with words, the manner in which he wraps his tales so magnificently around barely-there music that touches you – me – in such a strong way that it’s impossible to feel anything but moved by the experience, is exquisite. His cadence is perfect, his tone a perfect conductor of feeling regardless of the precise words that swim within it. His not-so-bothered singing voice, which can be mistaken for deliberate deadpan on occasions, belies the true soul within these compositions, within the man behind the microphone. As he duets with Jenna Conrad on ‘What Were The Chances’, about illicit hotel-room rendezvous (“it’s not like we’re cheating, only meeting in hotels”), you’re thinking he’s struck lucky; that impression, though, is shattered as he states, “I think my kids weren’t mine”. Later, his plea of “Please pick up the phone” is perfectly, strikingly desperate.

Even where no words are proffered, Durado’s tight clasping of the listener’s heart doesn’t loosen any: ‘Survived By Her Husband’ grows in volume but not rhythmic intensity, instead allowing a droning sound to develop and surround the listener, wrapping them neatly and carefully in a sensation they’ve rarely experienced: total immersion and absolute understanding. The piece tells of loss without the title being consulted, such is its masterful arranging. ‘Hoquaim’, the album’s opener, is a fine point of entry: it echoes one particular work of an aforementioned opposite-sex artist without sounding at all pastiche, and Durado questions, “Will I ever be a hero in your song?”

Not completely, no: a few songs later, Durado sings of coming to the side of a fatally wounded young man, holding his hand as his mother screams over his fallen body. He follows behind, the ambulance lights “dulling my mind”; it transpires that the deceased may be related, a brother even, although it’s never quite clear – there are no lyrics with the record to confirm or deny this suggestion. The next track, another instrumental, is aptly, and partially chronologically, titled ‘Hotel Hospital’. It – like everything that precedes it – is stirringly magical, serene, and unnaturally affecting.

I could listen to Damien Jurado forever, until the sky does come crashing and the seas rise and wash us all away. I probably will – they’ll find me, sodden and still on a rock with a copy of this record in my back pocket, silent headphones still plugged into my ears. I wholeheartedly recommend that you seek this album out and allow it to connect with you as it has, so very effortlessly, with me. It is, in a word, magnificent.