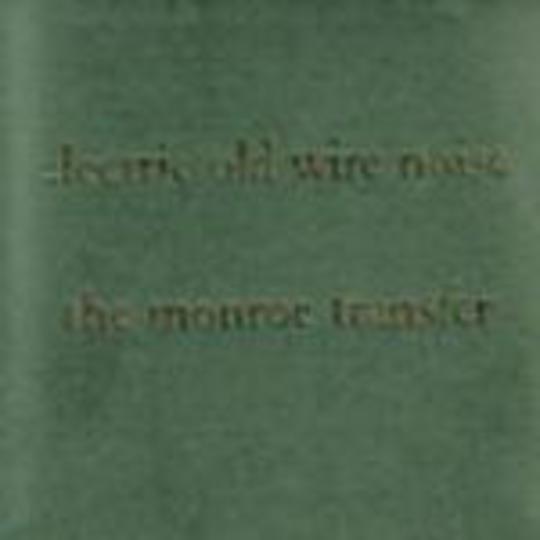 It’s so easy to slip instrumental bands into the post-rock bracket – flick through the pages of any off-the-shelf music magazine or online ‘zine, and you’ll find critics are at it everywhere. This band has guitars but no words: post-rock. This band has guitars and words, but plays said six-stringers slowly and mumbles their way through their lyric sheet: post-rock. DiS does at least try to give these unfortunate outfits the pigeonhole-less exposure they deserve, though, so let’s have none of that post-anything talk from here on in. Good…

The Monroe Transfer are a London-based sextet whose quasi-classical compositions do share traits with many exponents of the aforementioned sub-genre, but in this instance such a reference is made with all the meaningfulness of comparing Kaiser Chiefs to Khanate: both groups have guitars and drums, yet you’d never find them rubbing shoulders on the same festival stage. The Monroe Transfer’s music is big and bold, confident and complex; it relies little on repetition and quiet-loud-quiet dynamics, and is all the more stirring for its reluctance to adhere to tried-and-tested formulas.

Arrangements are executed by a plethora of instruments, traditional and absolutely not: violins are employed with the same care and attention to detail as screwdrivers and mallets, and the band’s percussion section is forceful and direct. An uplifting listen, Electric Old Wire Noise may dredge melancholy waters for inspiration, but its assembly is an exercise of joy above all else. The packaging is an aesthetic clue to the beauty to be found on the disc itself: handmade and complicated, a series of folds and panels, it might just take you a good hour or so to figure out how to put the CD away. Not that you’ll want to, particularly: there’s ever chance of this half-hour record taking up a near-permanent residency in your stereo.

Shudders and twitches peek out from the luscious guitar work of ‘A Long Fall & No-One To Catch You’, track two of six here; it’s a neat-enough representative track in so much as it sounds, on the surface, to be relatively sweet and serene. It’s only when a degree of focus and concentration is placed upon it that it reveals darker depths. ‘Singcircle’ is almost comparable to an act like Growing, such is its gentle drift replete with indecipherable undertones that suggest discomfort and oppression. Closer ‘Twinkle Twinkle’, meanwhile, is – as its title implies – the prettiest offering here. It ensures the listener emerges from the experience with a smile on their face.

A totally DIY release of superb quality, Electric Old Wire Noise is a must-have release for those who treasure their Constellation and Kranky collections above the releases of all other labels. The Monroe Transfer might be taking record-related matters into their own hands as of now, but if this music is allowed to reach the ears of only a few industry types, don’t expect them to be battling alone for too long.

Although, one gets the impression they quite enjoy the overcoming of adversity. Still, this record is too brilliant to go unheard by anyone with a penchant for either of the above mentioned labels. Investigate, now.