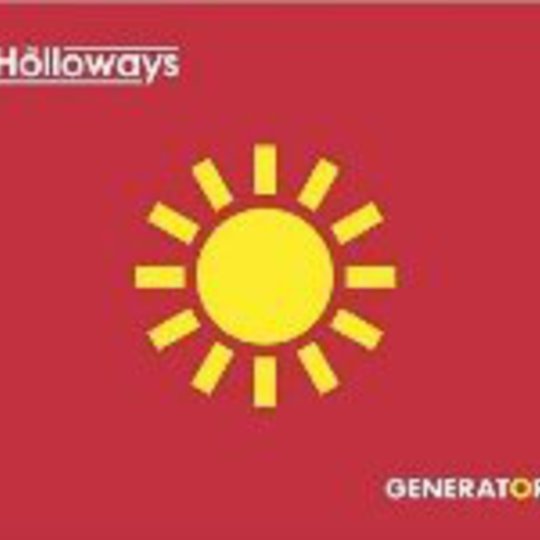 With this currently riding high in the UK midweeks, it seems as if Londoners The Holloways are to achieve their biggest hit to date with ‘Generator’; their last single, ‘Two Left Feet’ made number 33 on the British singles chart.

To be honest, it’s easy to hear why ‘Generator’ has connected so effortlessly with the record-buying public: it pinches a few tricks of the trade from established chart-botherers, sparkles and shines production-wise, and is generally one of those get-you-up-in-the-morning songs that’s as jolly as they come. The cover’s a complete giveaway of its summery charms, too; indeed, why wasn’t this a summertime smash? Still, it’ll brighten grey October dawns, for sure.

‘Generator’ might echo The Automatic and Kaiser Chiefs in roughly equal measures, and splashes a little Libertines swagger into the mix for additional kick, but in this instance such plagiarism doesn’t detract any from a perfectly perfunctory pop-rock ditty. In a word: neat.

Lights In The Trees