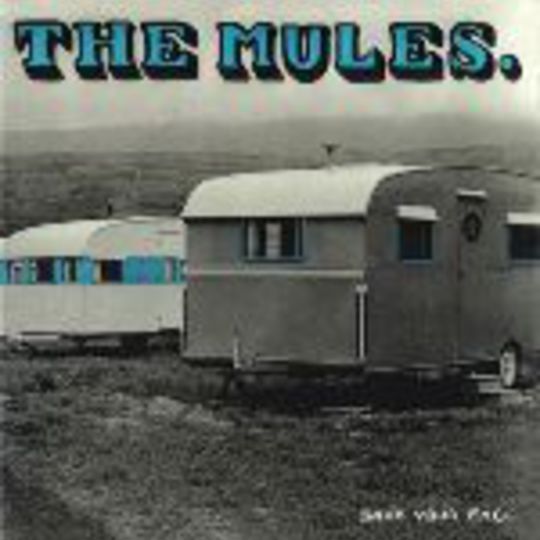 If post-punk is the bandwagon, then The Mules are the guys behind the cactus waiting to strip it of valuables and spit-roast the driver. While some people hide their suburban AOR-dressed-as-Arcadia behind a life of debauchery, this Oxford-born quintet are happy to live as mother would have hoped, while producing some of the most frenzied, unclassifiable party music that you will ever hear.

A lot of people would think this album is weird. There are, and this is a casual count, elements of jazz, country, folk, vaudeville, blues, skiffle, rockabilly, house and, of course, the inimitable ts ts ts of post-punk urgency. However, listen carefully to The Mules’ style, and you will find the weirdest thing is how they keep it all coherent. Even on 'Seasonticketholder' - where an almost sincere 1950s guitar riff suddenly cuts to what can only be described as the soundtrack to a silent movie about the circus - or on 'Misprint' – initially their most straightforward art-rock number, but with a thirty-second, God-is-a-DJ synth solo in the middle – there is no confusion as to where the song belongs, or to when. This is partly due to the backbone of Ed’s claustrophobic warbling over lyrics about going to work (and having a nervous breakdown), the girl that he loves (and the murder of), and going down to the lake (and stopping the camel fucker); and partly due to the tight precision with which the others wind their parts around him.

There’s nothing superfluous on this album, and you come to realise that every squeaky noise, piece of static or tempo change has been executed with intention, and exists because it’s absolutely necessary. The result is an intense, carnival-like hurricane: direct, interesting, super-fun and, with iconic lyrics like "there is no connection to the screen and the fear in my mind", life changing for some.

Unfortunately I was once told, "with great power comes great responsibility", and while this has no bearing on the point I’m about to make, I think it can also be taken to mean that every silver cloud has a poo-coloured lining. With the recording of Save Your Face, The Mules made a conscious decision to shy away from the industry big bucks, which gave them more creative leeway but ultimately placed restrictions on the size of the sound. There are plenty of moments that should kick out of your speakers and knock you to the ground, but due to lack of imagination in the production these come across as a little repressed. There are also vocal takes that don’t capture the kinesis of Ed’s live performance, usually to be placed between an angry David Byrne and a skinny Bobcat Goldthwait. I hate to say it, but this is one of the complications of sticking it to the man, and maybe they should have waited for some money before rushing to record.

Still, The Mules are not the kind to hang around, and the songs and ideas are enough to make it the best debut I’ve heard since The Milk-Eyed Mender - with any luck the follow up will be phenomenal. But don’t expect to see them down the Dublin when they’re famous – it will still be tea before bed and a good head for Latin, even when they’re headlining Glastonbury.

That’s how the smart kids roll.