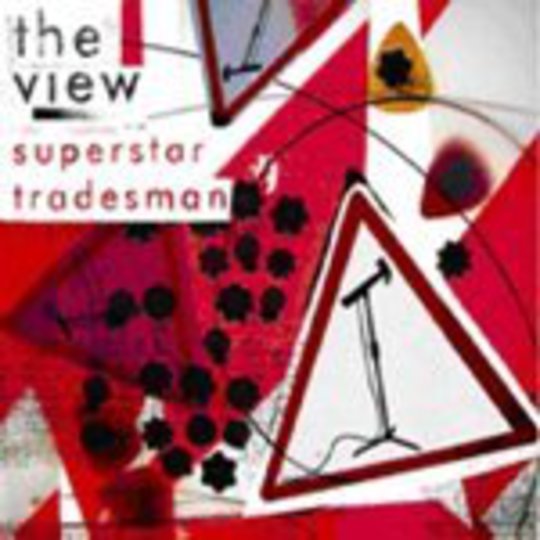 The View seem to have been thrown headfirst into the hype machine as of late, on the back of nothing more than one single and a few hundred rabid fans, but the jury seems to be out on what exactly the Dryburgh quartet can offer.

'Superstar Tradesman' probably won't be settling any arguments, as the follow-up to ‘Wasted Little DJs’ is more of the same mainstream indie rock. Although the song structure and lead guitar part might suggest otherwise, The View aren’t necessarily aping the Libertines this time round, and whilst the texture of Kyle Falconer’s voice is comparable to Carl Barat’s, Falconer’s vocal range seems much more ambitious as the high notes in the chorus easily show. Fuzzy at the edges from the light distortion effect, the vocal pattern draws attention away from the standard 4/4 rock beat and chord progression going on behind the scenes.

But like some kind of musical cake mix, ‘Superstar Tradesman’ still feels a bit like it was rolled off a factory line and The View have just added water. It’s not bad, but it's not wholly convincing either - whilst there are some nice touches to the vocal pattern and they do actually sound like they care, it’s not yet an example of the all-conquering trailblazers that some feel they could become in time. Instead, it’s just a slice of stereotypical Indie Rock For Dummies, albeit with a couple of nice touches.

Give them time, wait for an album and judge them properly then.