Please Step Out Of The Vehicle

Sleeping Right And The Best In Homeopathic Magic 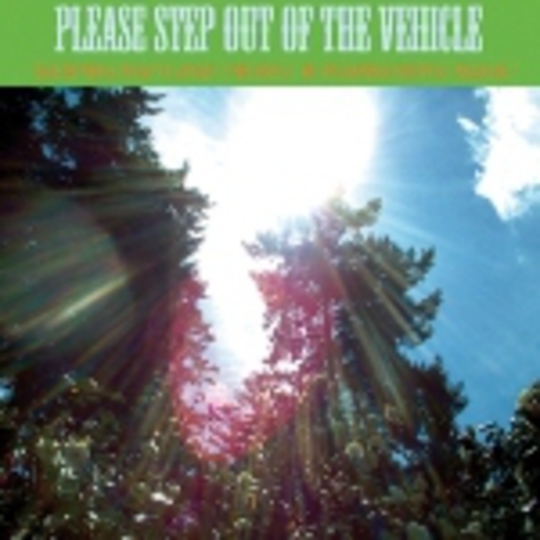 I’ve had a fairly shitty day. In the grand scheme of all things shitty, today has been among the shittiest of shitty days; a grand, spectacular day of shitty shit shit. But enough whinging: I don’t want to go into specifics, and I’ve been guided through this roughest of professional-and-personal rides by one band’s brilliant debut album, a record so sparkly and bright and joyous that, frankly, it’s more ace than walking into work of a morning and discovering a colleague’s not only already made you a cup of tea, but has also positioned a pair of chocolate HobNobs on your desk. That, readers, is amazingly ace.

Sleeping Right And The Best In Homeopathic Magic is the first collection of songs by Portland-based sextet Please Step Out Of The Vehicle to breeze past these ears; that the eleven-tracker (twelve, really – one song is split into two parts) then went around, in full, another half-dozen times in a single day should scream the absolutely bloody obvious at you: this is good, very good, and you should go out of your online way to track it down and click to purchase where indicated. These twenty-eight minutes clunk and clang and bleep and bang like little else; these compositions are complicated lo-fi pop nuggets that twist themselves into quirky indie-rockers before splitting and dribbling forth the sweetest melodies heard in a very long time. Between songs lurk segues of Super Mario power-up FX and glitch-riddled Game Boy beats, bouncing off the record’s rough borders like tiny squash balls inside a gigantic coconut.

On the way in, during the living of a nightmare I could have done so easily without, I scribbled something: “Passages that play out like _The Legend Of Zelda’s Link broadsword-ing Broken Social Scene across their collective bonce.”_ I’ll stand by that, hours later, and add that even though Sleeping Right… is constructed from Farfisa tickling and glockenspiel tinkling, tooted horns and bizarre psychedelic textural tones, it’s also a tender, touching release; its heart isn’t obscured by the often busy, and technically accomplished, arrangements. Listen to songs like ‘Pitch’, with its aching guitar and desperate requests for a loved one to return to bed, ditching the day’s work before it’s begun, and_ don’t_ melt. I dare you. I double dare you.

‘Jellyfish As Fluxus Directory’ is the never-imagined collaboration between Arcade Fire and DJ Scotch Egg, a pulsing and pounding two minutes of layered noise and archaic computer screeches and squelches; the following ‘Special Logic’ is a genteel, woozy number, all glistens and shimmers and flashed sideways glances at an unobtainable love no amount of effort will ever win the affections of... perhaps. The variety across these tracks is so overwhelming that, initially, it can be a tough record to digest in a single sitting; given time, though, Sleeping Right… achieves a coherency that sets it apart from so many other potentially-too-many-cooks releases. It’s natural, not forced; no single instrument is employed solely for the sake of showing off. It’s easy to relate its many-handed arrangements to the aforementioned Canadian indie superstars, but this record’s charm lies not in its lusciousness (although it has moments of transcendental beauty that defy any simple genre pigeonholing), but in its unpredictability. Although it’s the product of the melding of six minds, it actually sounds more akin to the frenzied and scattered thoughts of many, many more. It’s ambitious and daring, but scratchy enough about the edges to ensnare the attentions of the more discerning alt-rock consumer, those that consider that Butler boy and his crew to be rather less than spectacular.

Heck, buried amongst these schizophrenic slices of eclecticism are tunes guaranteed to get toes tapping and, again if given time enough, arses off seats and onto the floor, eyes absolutely focuses on that possible paramour that only minutes earlier was simply out of whatever league’s in question. It can have the listener in existential contemplation one moment, and convulsing wildly, uncontrollably, the next. Jangle-jangle folk strums and upbeat twist-and-shout super-pop licks and flicks are rampant and abundant: listen to Sleeping Right… and allow it to overcome any other distractions and you will fall in love, wholly and deeply. Six, seven, eight… repeat plays go on and on, each time bringing the individual closer to the collective’s unique realisation of progressive and intelligent and impossible-to-categorise something-insert-your-own-suffix.

In all of fifteen minutes I’m going to be plunged right back into the stress and bother I already experienced this morning; that time, though, allows me to play at least half of Sleeping Right… before facing realities bearing menacing fangs and dragging ominous shadows. At least, then, I’ll face the day’s remaining demons with an unbreakable smile on my face; perhaps tomorrow I’ll stop at Sainsbury’s on my way in and trade a pound-something for a packet of crumbly biscuits. That would be amazingly ace.