Drop It Till It Pops 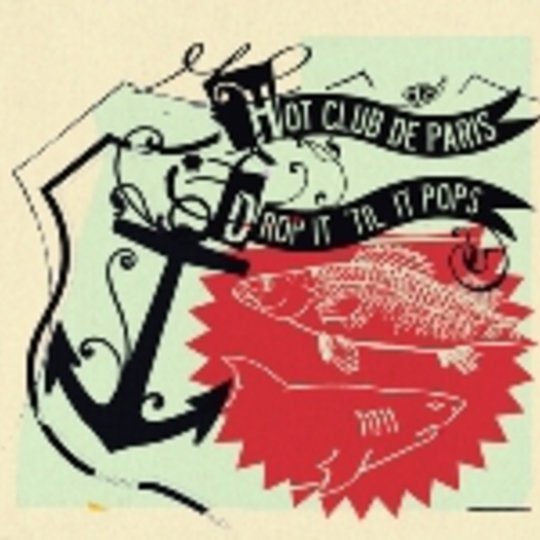 For two years Hot Club De Paris have been one of the most constantly-dropped names on the toilet circuit, a band just touching the limelight yet keeping their heads down and their bodies out of sight. On the live stage their jumbled mix of multi-part vocal harmonies and frantic guitar work has won them many plaudits but, when almost constantly playing the five-song support act, it’s difficult to know what to expect from a thirteen-track full length. Perhaps unsurprisingly, Drop It Til It Pops is as constant in jumping from peaks of quality to troughs of unoriginality as the songs it contains are in jumping from one idea to the next.

So under the same umbrella you have shards of near genius like the Lightning Bolt gone indie riffery of ’Clockwork Toy’ and the beatbox-driven barbershop pop of ’Bonded By Blood’, a work not far from TV On The Radio circa_ OK Calculator, amongst substanceless snotty rock songs that around ten per cent of the Top 40 do better, like previous single _’Sometimesitsbetternottostickpiecesofeachotherineachotherforeachother’ and ’3:55AM; I Think We Should Go Home’.

Sometimes it sounds like Hot Club De Paris are stuck in two minds, asking themselves,_ “Should we write the album we want to write, or the album our label would like?”_ When they are in the first mindset, with irrational time-signatures and a hyperactive imagination, Hot Club write some genuinely thrilling pop-punk nuggets; but for every track in which they hit that mark there is one that doesn’t reach its full potential through a reluctance to expand. Still, any fresh breath exhaling from the failing lungs of pop-punk should be commended, and here they show a great amount of promise with an album that houses more ideas per song than most bands do in their entire back-catalogue.

Once they manage to weed out all the bad ideas, Hot Club De Paris will be an extremely exciting prospect.