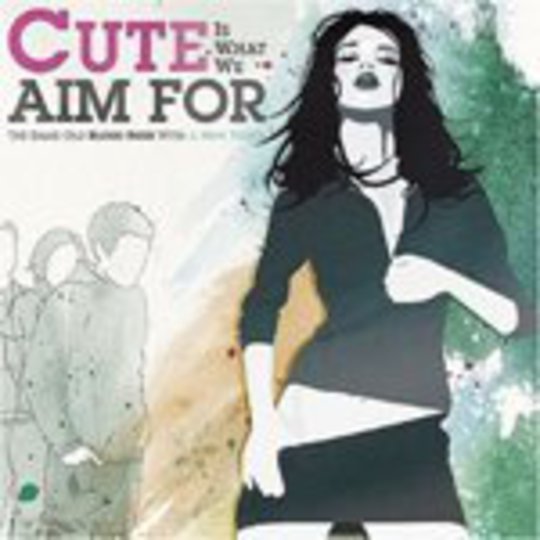 To some, Fueled By Ramen have a lot to answer for. Already big beneficiaries from this year’s explosion of over-emotional American power-pop-rock (or ‘emo’, whichever term you prefer), FBR have gifted us both Fall Out Boy and Panic! At the Disco and they’re not done yet: Cute Is What We Aim For’s debut album recently became the label’s fastest-selling album in the US, and as if that’s not enough of an achievement when you consider how gigantic their label-mates have become, it becomes really just amazing when you realise how atrocious this album actually is.

For a start, if this is ‘emo’, where’s the emotion? There’s little substance of any kind – emotional or otherwise – present within The Same Old Blood Rush With A New Touch. Even the vocals from Shaant Hacikyan lack any kind of conviction as they limp passionlessly from track to track, with Hacikyan himself sounding more concerned with preserving his male-model hairstyle and keeping his shirt perfectly pressed for the clothing sponsors than putting any real feeling into what he’s saying. Not that what he’s saying has any real worth - each and every song seems more focused on getting laid, lust and obsession than the last.

Don’t think you can seek solace from the vocals in the instrumental backdrop either, as the remaining three members of CIWWAF construct an impenetrable wall of melodic power chords to keep imagination safely locked out whilst effortlessly retaining the sound of pop-punk circa 2003. The majority of the album finds them sounding like a low-rent My Chemical Romance or a lesser Panic! At the Disco thanks to the vocals, whilst the riffs sound like The All-American Rejects' hand-me-downs.

Any decency is lost beneath wave after wave of expensive production values, bringing the sound in line with every other radio-friendly US pop-rock act and simultaneously stripping The Same Old Blood Rush With A New Touch of any identity it might have otherwise had. It’s no coincidence that the only track on this album I would ever willingly go to is the stripped-back, acoustic ‘Lyrical Lies’, where for a few fleeting minutes there’s an actual sense that there are musicians present somewhere in the mix, free of the reverb and chorus effects.

It could be worse, all told. At least there are no horrendously out-of-tune vocals - that could ever could ever happen here, of course, given the excessive amounts of auto-tune which drip from most tracks. Sadly, the same glossy production tricks which rescue this album from complete disaster also leave it a soulless, uninteresting pile of artificial sentiment so poor that even Raziq Rauf, DiS’s Chief Slater of Shit Music, wouldn’t touch this for fear that it would kill him.

“You are a sell-out, but you couldn’t even do that right”, runs the chorus to ‘Newport Living’, and the joke practically writes itself.