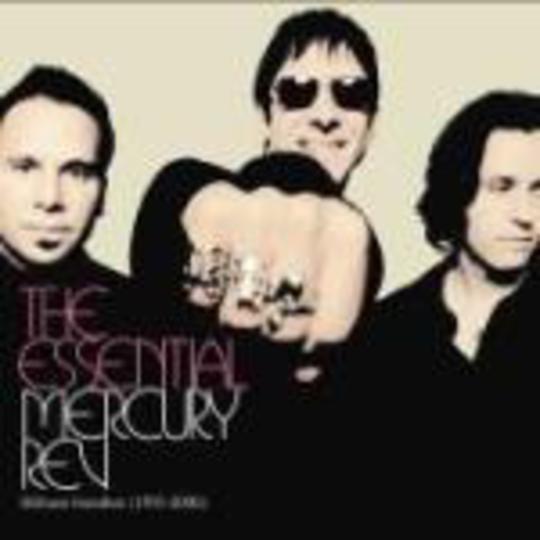 For a band who've been around for fifteen years - and even longer if you count their formative years as Shady Crady - it is perhaps a little surprising that Mercury Rev have only managed six studio albums.

Fortunately, what they've lacked by way of quantity has been more than made up for in quality. Indeed, it's a credit to the likes of Jonathan Donahue, Grasshopper and their various accomplices that their band has passed through the stormy waters of grunge, Britpop and far beyond without ever needing to fit into a pigeonholed scene, instead choosing to operate almost exclusively away from the pack, as it were. Of course, as with any band whose longevity stretches back this far, their influence can be found far and wide, whether it be in the stripped down parings of the Broken Social Scene or even through the more experimental urges of Belle And Sebastian.

Stillness Breathes collects 32 songs in all from various stages of their career over two CDs. The first one is a selection of the best bits - in the band's opinion - from the aforementioned six albums, while the second CD brings together a host of rarities such as Peel Session recordings, live tracks, collaborations and cover versions. Unsurprisingly, this CD alone makes this collection worth purchasing for anyone with a passing interest in Mercury Rev.

Of course, there are those who would say that Mercury Rev already possess a 'Best Of' - 1998's Deserter's Songs, the undisputed and as-yet-unsurpassed pinnacle of their career - so it may come as a surprise that only three songs ('Goddess On A Hiway', 'Holes' and 'Opus 40') from that record sit on this compilation. To be fair, the band have obviously tried to evenly distribute songs from each of their albums across this compilation, with only 1993's Boces being poorly represented by the solitary inclusion of the exquisite 'Something For Joey'. Elsewhere, debut single 'Carwash Hair' sits cohesively alongside latterday compositions such as last year's 'Black Forest', while 1991's 'Chasing A Bee' still sounds as fresh and otherworldly as it did back then.

The second CD, though, really does have some moments to treasure, not least in the shape of 'Clamor', possibly the earliest known recording of the prototype Rev from the dog end of the '80s, when they were still known as Shady Crady. Sounding like a warped hybrid of Joy Division and My Bloody Valentine, nothing about it even hints at what was about to come next, which makes the Mercury Rev story even more fascinating. The Peel Session versions of 'I Don't Wanna Be A Soldier' and 'Coney Island Baby' sound raw and stripped-down, and in the case of the latter more delectable for it. Throw in several enticing and distinctly original covers, such as the poignant 'Silver Street' (penned by the late Nikki Sudden) and buoyant 'Memory Of A Free Festival' (copyright David Bowie), and you have just two of the highlights of an engaging mini-anthology.

With no signs just yet of the band calling it a day, there's potentially so much more to come from Mercury Rev. For now, though, Stillness Breathes is a near-perfect introduction for newcomers and document of their past for devotees that will be savoured by many this winter. Enjoy.