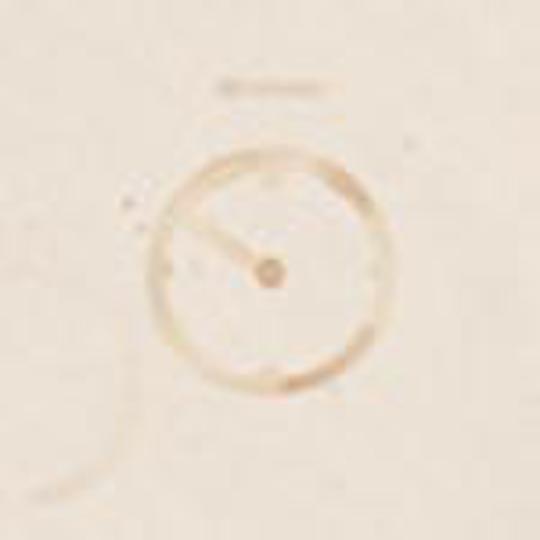 Just think for a minute. For one whole minute. In songwriting, time is ruler. There’s little more discouraging than hearing your favourite musician making their otherwise-pristine musical statement at the wrong speed.

Ever since the advent of Grandmaster Gareth’s Introduction To Minute Melodies, it’s been evident in your correspondent’s ears that the world would be a more understanding place if the bulk of all artistic ideas were severed after 60 seconds. Yes, I could harp on predictably about a soundbite culture, about the relentless pace of modern life and, when instant information is wanted (demanded, expected) now now NOW, how our ever-decreasing attention spans are more suited to the shortest of songs... but there’s no point. Because, let’s face it, pop has never been about longevity, and one minute is the perfect space in time for the pop song. No filler. No endurance-testing guitar solo. Long enough to tickle your audio-receptive palette yet short enough to make you virtually thirst to hear it again, straight away. And then again straight after that. And then again straight after that. And then... you see the pattern emerging, I’m sure.

Even if you’re not the obsessive type, though, it’s hard to defy the ingeniousness of the new compilation 50 Minutes. First and foremost, it’s a charity record with all proceeds heading to noble cause The Medical Foundation, but it succeeds as a project in its own right by the brilliance of the concept. Fifty songs in fifty minutes, forty-seven of them recorded exclusively to fit the time-restrictive template – which, ultimately, makes it a multi-coloured lucky dip that gives you a miniature gem wrapped in crumpled brown paper every time. Yet (despite its occasional serenity) with the sort of rapidity that would make The Ramones feel giddy and, in most cases, an insight into some of the most thoughtful minds in recorded sound today that you just wouldn’t have access to on an album. Even if there was a duff track on here, it wouldn’t matter - there’d probably be a new one along in a few seconds.

Thankfully it’s an enviable array of artists anyway. From Trademark’s opening eerie electronic sketches to Daniel Johnston’s closing poignant a cappella poetry, the highly-watermarked pick-and-mix quality manages to rarely drop by any sort of fraction. Jeremy Warmsley weaves a startling neo-nursery rhyme narrative using two parts electronica, one part rap and seventeen parts pure gorgeousness. Piney Gir replaces her wonderful twanging yee-haw sound for an equally wonderful bleeping come-to-bed one, orchestrating as she does an aching, echoing synth coo with the dirty-sweet line “Like the White Stripes, there’s only two of us”. The Bobby McGees, despite using lyrics that threaten to murder their boyfriends if they ever decide to make themselves ex-boyfriends, still sound twee-er than a box full of puppies voting for Stuart Murdoch to be the next Pope. Akira mix sample-delica with thrash guitars, Le Tournoi mix modern folk music with Joy Division and Attack & Defend mix no-fi with stories about pigs with smack problems. MC Lars promises that if he ever gets a time machine he’ll stop 9/11 and then congratulate Einstein for, you know, all that maths he did an’ shit. Rachel Lipson sounds very complimentarily like Kimya Dawson, which is nice. Emmy The Great and Movern Callar try heartily and beautifully to out-emote each other whilst Mr. Fogg does a great impression of Kid Carpet actually starting to take life seriously. Add to all those people like Headland, Youthmovies, Sennen, Chris McMath, The Hot Puppies, The Death Set, Ladyfuzz... every one’s a winner, even if it doesn’t want to hang around for long to pick up the trophy.

Without a full compliment of words to convey how heart-stoppingly magnificent this compilation is, 50 Minutes could pass as a week’s, a month’s, a year’s worth of completely astounding tunes compacted and presented in pill form. You can, as it happens, ensure yourself a ticket on this fabulous venture by ordering right here, and why wait? It’ll probably only take a minute.