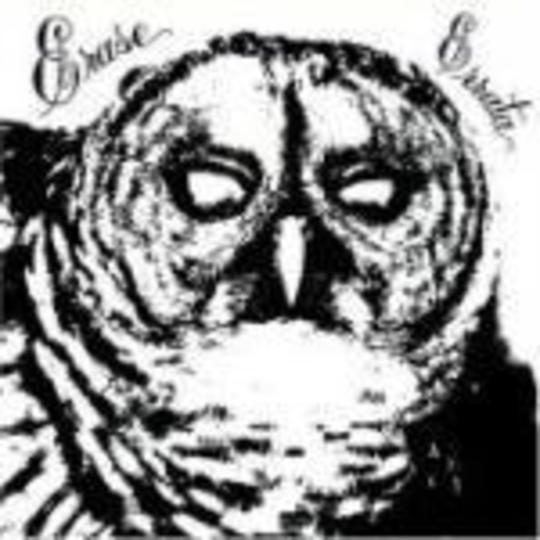 Erase Errata’s third long-player finds the all-girl San Francisco punks-proper minus a member, with guitarist Sara Jaffe leaving following the release of 2003’s At Crystal Palace. The departure hasn’t noticeably affected the outfit’s potency, though: the twelve songs of Nightlife rattle by the listener with alarming speed, and at only thirty minutes long the record seems to be over just as soon as its begun.

But what a beginning: ‘Cruising’ comes on like your favourite dance-punkers wrapped in a blanket of barbed wire and tossed into the back of a dodgy Cadillac, driven to their early demise off a particularly high and crumbling cliff. Drums are tap-tap-tapped into a repetitive frenzy (although mercifully without the over use of a hi-hat) that’ll surely set dance-floors alight, even if Jenny Hoston’s guitar only has murder on its mind. The album’s opening salvo neatly lays the band’s current hand on the table: these are songs you might want to deem ‘angular’, but beware a stray E string against your jugular if you reach such a narrow-minded conclusion. These are songs of lyrical substance – Hoston tackles politics with all the ease of a hefty quarterback sacking a six-year-old – delivered with catchy percussion and screeching riffs that see-saw from crisp clarity to fuzzy distortion.

Of the politically-themed efforts, ‘Tax Dollar’ makes the most immediate impression, punctuated as it is by a wandering whistle preceding talk of murder and manslaughter, “all funded by my tax dollar”. Hoston quite literally attacks her six-stringer, stabbing at in an absolute frenzy ‘til it bleeds profusely, while Ellie Erickson picks at her bass with great gusto, underpinning wayward riffs with a constant rumble. It’s a song that could conceivably provoke a riot if enough people took its message to heart.

A handful of songs zoom by without really offering anything memorable in terms of either arrangement or lyrics – they’d never make strong standalone releases – but in the context of the album they work just fine; Nightlife is a release that few won’t digest whole, such is its immediacy and short running time. It’s possible to pluck a selection of songs that could slip easily between the Pixies and Le Tigre in any indie club – ‘Giant Hans’ _and ‘Beacon’_ for example – but this isn’t really a party album; it’s not meant for experiencing in a dark sweathole, discoballs dancing to its rat-a-tat-tat beats. Turn it up loud in your headphones the next time you walk around town, and learn something as you fantasise about dropkicking the alleged ‘punks’ that hang about outside M&S.