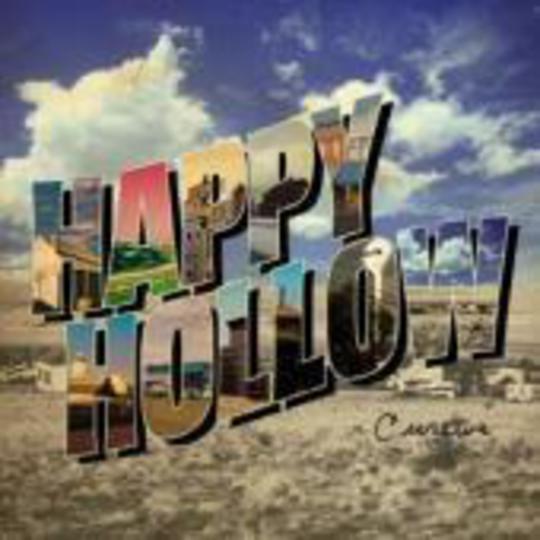 It’s easy to feel sorry for Cursive – shoehorned into an emo scene their raucous indie-rock never seemed comfortable in, the Omaha (now) four-piece’s forced alignment with a swarm of sound-alike diary-spawned confessionals has had an effect on their potential profile. Album-before-this The Ugly Organ earned its fair share of plaudits, but for every four-star review another pilloried frontman Tim Kasher’s heart-on-sleeve lyrics, assuming from afar that he was just another moaning kid letting his limited number of relationships consume his songwriting process entirely.

Kasher’s ‘other’ project The Good Life – it can hardly be considered a side-project considering its success – has become the key outlet, now, for the singer’s more emotional histrionics, leaving Cursive to rock once more. While it’s true that Happy Hollow is characterised by intelligent lyrics, occasionally stemming from matters of the heart, its conceptual framework is much grander than anything released by the band’s alleged emo peers. Stories are told and intertwined from song to song, with religion and politics bobbing about in Kasher’s rifle eyes. Each takes a flurry of verbal bullets, yet ambiguity surrounds every tongue lashing.

Take ‘Retreat!’: the song seems to focus on religion, on the various gods the average American citizen has to choose from, but are these gods in the traditional sense, or the corporates that infiltrate every small town given time enough? Is it an attack on the country’s current government – “We don’t need your services, your excuses, your mysterious ways” – or a direct plea for it to detach itself from the teachings of the Christian Church, i.e. this god is wrong, this God is right? Analogies are generally translucent, though: songs like ‘Flag And Family’ (about a family’s persuading of their son to go off to war, as it’s the American way, while he’d prefer to remain true to his childhood dreams) and ‘Big Bang’ (bemoaning the Neanderthal nature of the exclusively Bible-following narrow-minded) play their cards clearly, Kasher’s lyrics engrossing and inventive but not so complex that the listener loses any underlying messages. Indeed, so literal are some lines that the name ‘Cursive’ seems almost ironic.

The accompaniments – it is easy to get sidetracked by Kasher’s lyrics, so much so that the musical arrangements are overlooked – aren’t as luscious, as deep, as those on The Ugly Organ, although that’s partially due to the departure of cellist Gretta Cohn. Where they do excel is in the rock-out stakes: the few calm passages are forced into the shadows by dissonant blasts of amplification, guitars sounding as if they’re being mauled by savage dogs. Lead single ‘Dorothy At Forty’ is the most obvious example of this viciousness – although a melody lies below the surface of screaming noise, it’s the raging that supersedes the reflection across much of Happy Hollow.

That the whole album is successfully bordered by tangible concepts – it all seems to ‘take place’ in the small town of its title, protagonists’ relationships are believable, and criticisms are universally recognised ones repeated in the real-life press and pubs alike – is a great achievement. Not one of Happy Hollow’s fourteen tracks seems out of place, out of its depth alongside masterfully realised rock songs combining incisive intellect and the primal desire to dance excellently. Emote though Kasher and his crew may, this album should never be misconstrued as a modern emo record.

Intelligent indie-rockers, look nor listen no further for your possible album of the year.