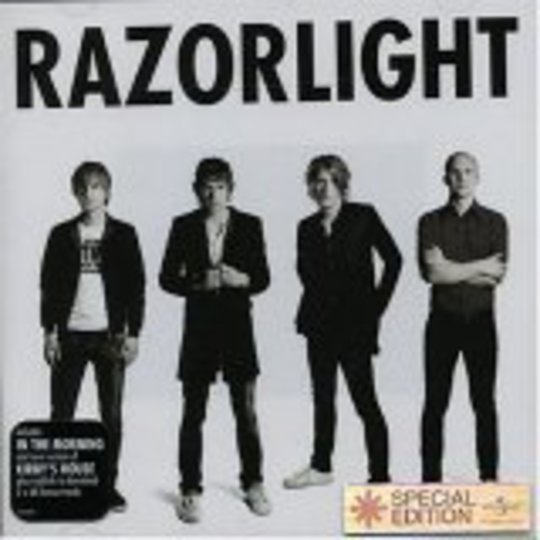 I remember the first time I saw Zoo TV: Bono rose to the stage on some elaborate elevator, silhouetted against a skyscraper screen - which then, in turn, projected the very same image, albeit a thousand times grander, to a teeming stadium of people. He was dressed in a Jim Morrison-esque bodyhugging PVC suit and spent the entirety of the show (for that was what it was) trying to sex up the audience*.

Whilst this was all done with a knowing wink, it was also such a messianic feat of rock-star posturing that it became necessary to analyse that bit harder the music on which it was based. Luckily, at the time U2 were touring Achtung Baby, and correspondingly I lapped it up. I like the chat, you see. I like the grand statement and preposterously flash stage show. I particularly like a rampant ego, rooted in the fertile earth of self-mythology and narcissism; the kind which hits the stratosphere so rapidly that the only option left is to either make good on wild claims and explode like a giant Zeppelin, or – as is more likely the case in our overblown (false) culture economy - embarrassingly deflate like... well, a giant Zeppelin.

In light of all this, then, you’ll not be at all surprised to hear that I enjoy having the strutting, perma-white-clothed Johnny Borrell around. Just as all the best frontmen do, Johnny Borrell_ believes_, both in his own hype and that he is unique and talented enough to justify such attention. Conversely, the average audience loves to be treated by showmen with disdain; like the downtrodden lover who just comes back time and again for more, they revel in attention – even the dismissive kind - as a validation of their own existence. Razorlight are just one of many acts that trade on this, but when you up the ante in this manner you have to be _really _good to convince those who’ve heard it all before that it’s anything more than hot air.

Up All Night confirmed to a degree some of the band’s bullish swagger. It was a shot in the arm in the tradition of the albums it so desperately tried to emulate, and though it never quite made it to the same plateau as Marquee Moon or_ Horses, there was enough fire in singles _'Vice' and 'Golden Touch' to make you think that some serious damage could be dealt further down the line.

Razorlight, though, is the proof that Up All Night was a put-on - that the sleep deprivation incurred has induced lethargy and led to increasingly delusional behaviour. There is an Eighties AOR drift to this entire album that, if it wasn’t already achingly apparent, belies Razorlight’s blatant careerism. In the lexicon of Spinal Tap, they have moved into a different musical terrain, but it would be just as correct to say that they’ve merely decided to exchange one set of quite transparent influences for another, less-effective set. I am not exaggerating when I assert that 'Who Needs Love' could have had a place on the Dirty Dancing _soundtrack. Its pseudo-nostalgia '50s/'60s R’n’B is nice enough but _is pastiche, and lacks class. It would also be prudent of me to mention that 'America' sounds weirdly to my ears like Eighties behemoths Dire Straits - but I wont labour the point, as others seem to like it.

There are songs which sparkle more than others: 'Kirby’s House' (reworked to its detriment) is still powerful enough to make an impact, and 'In The Morning' makes a decent fist of sounding like the Razorlight we are used to. But this can’t help but sound like a sleight when it is both the first single and also so obviously inferior to any of the clutch of great one-off releases they have under their belt.

Maybe this album does showcase a more mature Razorlight in the respect that it coasts and wistfully ruminates over the doings documented in Up All Night. I see petulance, though. Complaining that "the songs on the radio all sound the same" ('In The Morning') and "There’s nothing on the TV/Nothing on the radio/That I can believe in" ('America') comes across more like the lazy teenager looking for the answers in all the wrong places than the knowing ‘head’ guiding us towards a better alternative (which this collection of songs certainly isn’t).

Please don’t get me wrong. This isn’t a canning of Razorlight, merely a response appropriate to the level of hype disseminated by them and their ilk. We are currently being inundated with albums reeking of this shit, whose creators shrink not in the face of expectation but raise it still further in a bid to stoke-up their value beyond its natural level. The god-fearing and humble would sit, feverishly hoping that their works might one day be mentioned in the same breath as stone-cold classics, but a loud mouth and a swathe of marketing money is increasingly becoming the barometer of taste. Of course this is nothing new, and it might seem unfair to unload it all at the feet of Razorlight, but there is nothing timeless here, nothing new, and now having traded away their trump card, nothing with any bite.

This is not a great album - that needs to be said while the dust is still settling. Though it’s not bad, we have to disperse such a thick smokescreen before we can even start to ascertain its worth - any reward has already been bled out in the disparity between expectation and reality.

So goodbye Johnny and gang. It was a fair enough effort but I’m afraid we'll be the judges of your worth from now on, as your egos and your sensibilities appear to need recalibrating.

* For the record, this year (1992) Bono was voted ‘sexiest male‘ by Rolling Stone magazine.