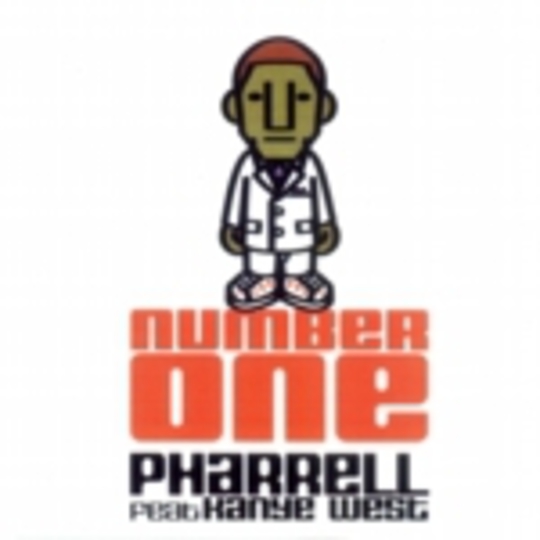 You just know this is going to be good with a name like ‘Number One’. It just looks so good on paper: when all-round music hero Pharrell gets together with Bush-busting rap phenomenon Kanye West, the result is always going to be an outspoken, intriguing, cutting-edge slice of catchy, commercialised pop, and a heady mix of rap and soul, isn’t it?

You know from the second that you hold it in your hand, there’s no way on Earth that ‘Number One’ could be a shoddy parody of ‘Frontin’’, and certainly not a song so soggy with sappy sentiment that it could easily soundtrack the We’re Having Fun Messing Around On A Date scene in some awful Will Smith rom-com. No way. Nor will Pharrell (or is it Kanye?) be called “The Louis Vuitton Don” in the introduction, because such a shameless plug for the sponsors would be embarrassing, but perhaps not as much as if the lead lothario started firing out lines like "I'm dashing home/to hold your heart and smash it", only for them to end up sounding a little threatening instead of tempting. It’s a good job Kanye West’s there too – he’s bound to get more than forty seconds in the spotlight, and definitely won’t be reduced to Skateboard-P’s right-hand man for the other three minutes. Certainly he won’t have to chip in irritatingly at the end of each line, right? That’s a relief.

And then you press play.

What happened? This is Pharrell we’re talking about – production genius, music guru and the coolest cat since Mittens fell undetected into your aunt’s chest freezer. This is a man who at one time had a hand in approximately 20 per cent of all songs played on UK radio. Granted, that was as one half of The Neptunes, but given his superstar status, a song as resoundingly average as ‘Number One’ should never have existed, let alone be one of his best current offerings. He’s had his time in front of the camera. Perhaps it’s time Pharrell Williams got back behind the desk.

DiS at the Festivals: Summer Sundae