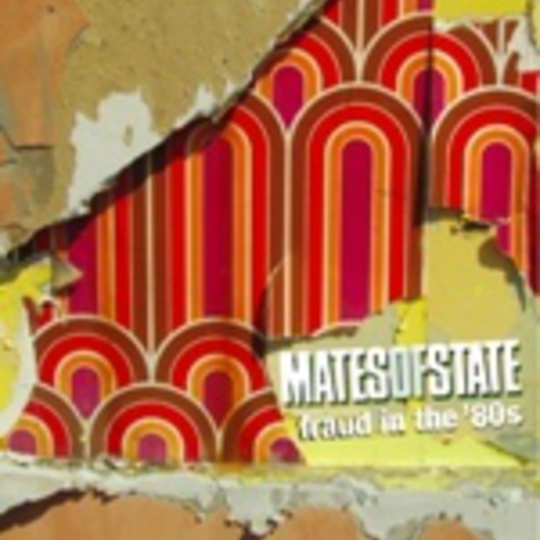 Jealously rarely troubles me. I earn more money in a week than many a man earns a year, live in a ridiculously expensive house at the end of a half-mile driveway, surround myself with pricey material possessions to remind myself of my wealth, and have an absurdly beautiful wife who waits upon my every whim.

But even if any of the above were true, I’d still be a little envious of Mates Of State’s Jason Hammel.

The photogenic singer-cum-drummer has himself a wife and child – one beautiful for sure, the other almost certainly so considering her genes. He plays in a two-piece band with said wife, Kori Gardner (who also sings), making summery pop to brighten even the dullest of environs. And now he’s released a song that makes me wish I could craft such brilliance from absolute basics, whatever the specialist field. Drums and keyboards, two vocals – what’s simplistic on paper is aurally iridescent when merrily dancing, ducking and diving, upon shimmering sound waves, each rippling as if under the spell of an indie-poppin’ snake charmer.

Just for a day I’d like to trade places. I’d give up everything I have – the house, the money, the beck-and-call obedience of her indoors – to perform ‘Fraud In The ‘80s’ just once, on any single evening, under the lights of some featureless basement club or other in a dead-end town. The surroundings wouldn’t matter – this brilliantly Day-Glo song is perfect enough as it is. If only I actually possessed such tradable assets.

Not quite the song of the summer – albeit only because that honour’s already been awarded elsewhere – ‘Fraud In The ‘80s’ is nevertheless worth so very much more than its couple of quid asking price. It deserves a semi-permanent spot in the singles countdown, week in week out, and for its peak position to be retired out of respect once its makers have accumulated money enough to enjoy early retirement in the Caribbean.

Of course, the chances of that happening are comparable to the odds on me being a millionaire by this time next year. Sadly.