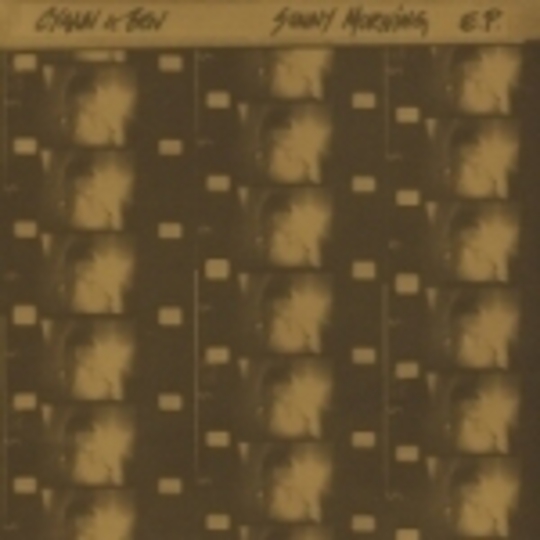 A taster, really, for their forthcoming long-player Sweet Beliefs, this four-tracker from Parisian quartet Cyann & Ben – yes, despite the name there are eight hands and forty fingers at work here – is a fairytale daydream pressed onto five-inch diameter plastic disc. All shimmers and sparkles, it envelopes the listener with ease, allowing them to drift away to a place where the Real World can’t pester them with its many day-to-day annoyances.

Opener ‘Sunny Morning’, featuring Espers’ Greg Weeks, is a seven-minute slow-motion swoon, one that renders the listener inert, laid out on the floor come its fine conclusion; songs two and three, ‘Let It Play’ and ‘Damaged Memory’, pull similar shapes, albeit in more abrupt three-something-minute fashions. But the EP’s closer, ‘Room J13’, sits uncomfortably beside such washes of wonderment. A buzzing, hissing eight minutes, it sounds like the feedback from a heavy metal gig captured in a jar and left to stagnate on a car dashboard, the sun swelling it to bursting.

Still, for three-quarters of The Sunny Morning EP, Cyann & Ben mesmerize with an enviable ease. New to UK shores after a brace of albums in their home country, expect the British to embrace them as eagerly as a steaming mound of moules frites. Uncommonly divine.