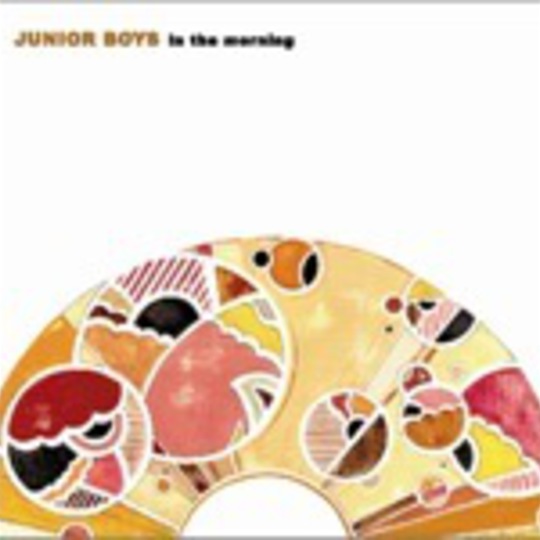 Electro-bleepists in the vein of upcoming tour buddies Hot Chip – ish – mixed with The Source featuring Candi Staton’s ‘You Got The Love’ (if you can’t hear the remarkable similarity within the opening minute, you’re either deaf or unbelievably daft), Junior Boys’s debut UK release is a compositionally minimal effort where formation twinkling beats are matched bar for bar with breathy pants and semi-whispered vocals laced with just a little smuttiness.

Sadly too slow for many an indie club dance floor, ‘In The Morning’_ is nevertheless gentle toe-tapping material – its lethargic pace, something that could have seen it slip into the ‘too boring to bother with’ pile, is counteracted by repeated lyrics that seem to state “I’d do ya… in the morning”. What, even before I’ve showered? You’re a couple of brave boys, Messrs Didemus and Greenspan.

After a couple of listens, what was initially nothing more than a neatly constructed ditty with overtones of late-night (channel) Five dialogue heard from another room transforms into a worthy standalone track dripping in potential. The pair’s album, So This Is Goodbye, follows on September 11. Expect to be thoroughly moved if its makers are capable of slightly speedier numbers than this.