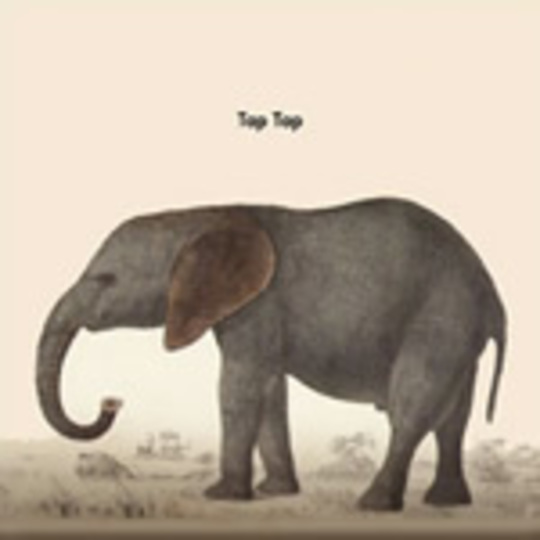 Okay, let's try an experiment. I know how this usually goes: I'll get hold of some album that makes all the right sounds, I'll hyperventilate and throw some excitable superlatives at it, you'll maybe investigate, and - because of the ridiculous praise - probably be highly disappointed. The truth is, _Lanzafame_ is not an album that anyone should dislike. So, like some ill-conceived _Twilight Zone_, consider the following pack of lies the complete opposite to anything I really want to say. Ready?

Tap Tap's Lanzafame is fucking awful. At absolutely no point during its torturous thirty minutes did I a) smile, b) sing along tunelessly despite not knowing the words, or c) want to run around telling everyone and anyone what a brilliantly fun piece of work it is. I spent most of the time slamming my head against a wall, wondering how else I could have spent the extortionate £7 asking price, instead of sending it to US indie Catbird Records.

What's the problem with it, you ask? Well, for starters, Lanzafame is so very, very polished and over-produced. It certainly does not sound like it was recorded in the world's most spacious drainpipe. Guitars and drums and accordions do not rebound off of bedroom walls and collapse in a giant glorious heap. It does not make the puttering organ parps of 'She Doesn't Belong' sound like an underground indie-pop orchestra. And the less said about a frenzied accordion disco oompah like 'Way To Go, Boy' (almost certainly the very worst song on display), the better.

Secondly, Tap Tap's Thomas Sanders (also of Pete & The Pirates - this much is actually true) can not write a song that makes you stand to attention, stomp around and formlessly flail your limbs into some semblance of a dance move. He does not sound like a distinctively British mixture of Kelley Stoltz, Tapes'n Tapes and The Magnetic Fields. The anything-but-joyous harmonies that end 'To Our Continuing Friendship' or form the utterly monotonous chorus of 'On My Way' do not still make this reviewer sort of swell up with grins and shivers.

If anything was particularly redeeming about _Lanzafame, it's that there is _so much_ variation in rhythm and tone, and that Sanders' voice is always entirely on the button. But summarising can only lead you back over the horrid half hour you just spent in this album's company - if one thing is absolutely for sure, it's that you should absolutely do anything but investigate it immediately and throw around some excitable superlatives of your own. Awful, awful, awful.