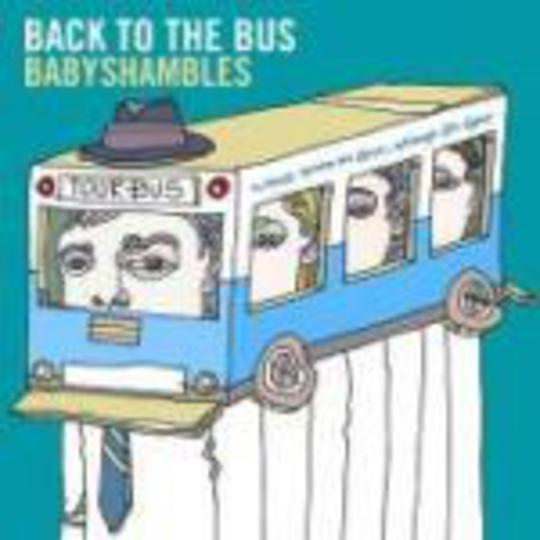 I've seen some nasty stuff on television so far this year. Ben 'Fogle', legions of desperate reality TV wannabes and The Man Whose Arms Exploded all inexplicably clog the chambers of my memory like chewing gum stuck to the furry hide of a British rail seat. But one thing on Channel 4's Transmission show really outgrossed the rest.

Without wishing to sound crass, what in sweet CRASS was that 'rapper' doing anywhere near the stage and the rest of Babyshambles as they staggered through 'Killamangiro' live on national television? As I’m sure you’ve noticed the band struggle for quality and coherence at the best of times, without having to fret about whether or not every sentence of their best song is being poorly punctuated with ailing... brapple cries. Fair enough, I'd say, if the boy had talent; but it’s enough of a struggle without you ‘Purple’, you cheap, shoddy marketing ploy.

Babyshambles are a band that - somewhat unsurprisingly - seem to specialise in regretful decisions. The latest is their offering in the nascent Back to the Bus series piloted by the heads behind the Back to Mine and Under the Influence compilations, previously gathered up by the likes of New Order and Faithless. I've spent too much time trying to figure out why this record exists to end up with the stupidly mundane answer of 'cash'. Is it the band trying to get closer to their fans? To distill the spirit of on tour antics into this fly-on-the-wall artefact of sonic voyeurism? Surely they do this already for free, with additives and sedatives, if the papers are to be believed. I realise that's a big 'if', but the reports of poisoned teenage bodies strewn across beaches and A&E waiting rooms are surely too slanderously dangerous not to have roots in the truth.

Anyway, if you want to know what this record sounds like, go and add the handful of tracks you haven't heard yet to your library by whatever means you see fit. You know what I mean, download generation. Limewire the fucker. It's not like anyone involved in this needs any more cash - they've got Funeral for a Friend lined up for the next one, and the first was slung together by The Paddingtons. A few fast bucks from a devout fanbase? They don't get more devout than they get for Doherty. As The Creation's Kenny Pickett sings on the compilation's opener: "People have their uses".