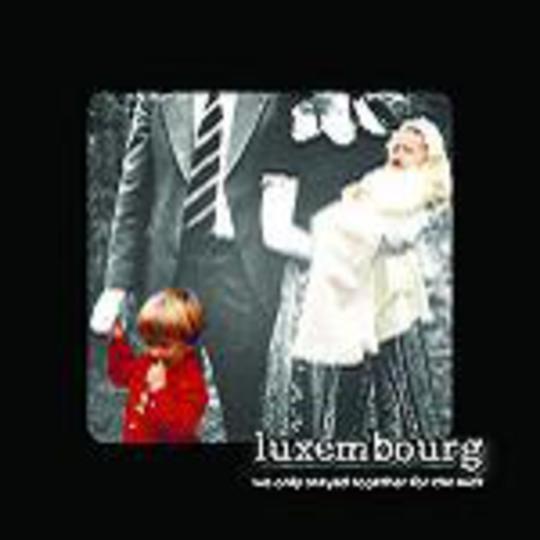 LUXEMBOURG, TOP OF THE POPS!

LUXEMBOURG, TOP OF THE POPS!

By which of course I mean that Luxembourg ought to be on Top of The Pops this week. They ought to be riding by the seat of their drainpipe trousers towards the upper regions of the charts and all those who witness it should regard it as a very significant thing. Heck, by rights they ought to be on the front of Melody Maker and Smash Hits and be appearing on The White Room, with each one resurrected by the power of the band’s overwhelming popularity and potential to give all who hear them belief that this time it can be done, that a single curl of the singer’s lip can bring people together. Even if it is for one week, Luxembourg ought to be hailed as the new hopefuls, as victors and as kings. Because, as simple a reason as this is, they’ve created this week’s greatest pop song.

As a band that have been associated with the years-old New Wave Of New Cross scene, and hence long slotted between the shambolic urchins crawling forthwith since such a tense spotlight was set on their rock and roll scene, it would be saddening to see Luxembourg fumble their way out of town blending in with everyone else, thrashing their tinny instruments and baring their yellow teeth in faux-rebellion. But as ‘We Only Stayed Together For The Kids’ proves, they’ve escaped the zeitgeist with their wondrous melancholy, crooning voices and astute narrative-weaving skills intact. “You must think me very naïve, baby”…the words fly from their knife-edged tongues, as synths prick away underneath the listener’s skin and the guitars bolster the harsh tale of stale domestic life to something resembling the grandiose and, for as much as a four-minute swoon-along can be, the epic. It fills us with despair, in a good way. (And yes, I suspect they’ve heard a few Pulp records before.)

Of course, this might all be fluke. The scathing, brass-infused B-side ‘A Secret Public’ suggests not, but if they sink into the festering pits of indie obscurity by Monday morning then at least they’ve left 251 seconds of sublime drama behind them. As a legacy, they could have done a lot worse.