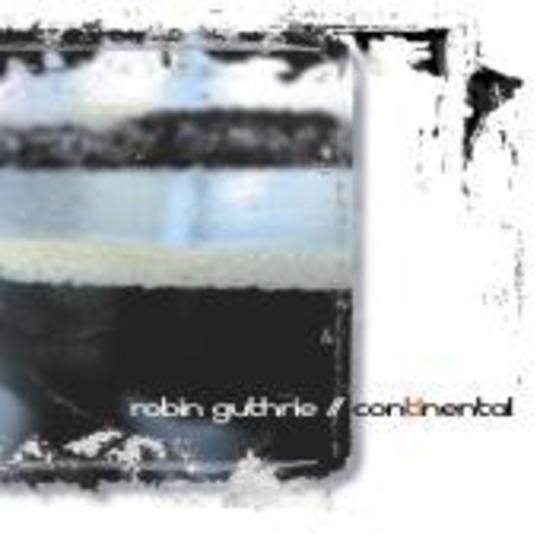 As a founder member of both the Cocteau Twins and more recently Bella Union Records, Robin Guthrie should need no introduction. His legacy pretty much carved in the finest quality stone, Guthrie now divides his time between producing artists such as DiS Records' very own Jeniferever, running the label alongside fellow ex-Cocteau Simon Raymonde, making films and of course continuing to create sounds so instantly familiar to anyone remotely aware of his back catalogue.

Continental is Guthrie's second solo album in three years, and on first listen sounds like the score from a Coppola movie, as glazed keyboards swathe across tremolo laden guitars and slightly enamoured percussive beats trade blows in the background. It's almost too genteel to put into words, which possibly explains why Guthrie has chosen not to employ any vocals, although maybe that is one area that lets the album down.

Still, it's only a small price to pay, as the auto-glide flail of 'As I Breathe' and hark back to yesteryear crescendo of 'Amphora' suggest that even after 25 years in the music business, Robin Guthrie's creative spark is as bright as ever, and that despite the emergence of a new breed of white noise ambient merchants, he isn't quite ready to surrender his position as the grandaddy of shoegazing just yet.