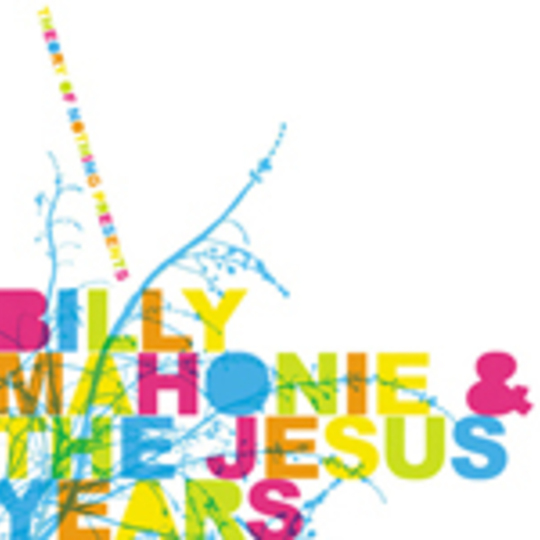 It comes but one way, served bright green – or is this yellow? – on vinyl so thick one could conceivably bring down low-flying aircraft with a stray stretch from sleeve to turntable. It sounds similar on each of its sides, yet facets so small ingrain themselves deep enough for even the absolute post-rock beginner – or is it entirely passé to categorise instrumental rock music as such these days? – to appreciate the differences between The Jesus Years (Derby, not so many releases behind them) and Billy Mahonie (London, kinda, and a tonne).

Side A – although there is no real side A or B, to be totally fair to the pair of acts in question – is the domain of the latter band; their ‘New Year’s Eve Song’ is propelled, often frantically, by some of the best drumming around. It bobbles atop the surface such sticks on skin can create – a transparent film that undulates wildly, yet is always under its master’s control. It could be mistaken for the work of a machine, so streamlined and precise are the beats, yet the delicately picked guitars telegraph the song’s human heart – it’s delta blues via Tron’s straight-line wastelands, Leadbelly given a fistful of Silicon Valley dollars more.

Flip and fill the empty space with The Jesus Years and expect the slightest comedown, for the collective featuring members of the excellent The Little Explorer are a breed apart from their split associates, a breed lower in the genre pecking order. The title ‘Tom Seabourne Ph.D’ may imply the employment of intelligence, compositionally in this case, but there’s little to the song that the travelled listener won’t have heard in a dozen or more records. For dozen, read thousand, as this is post-rock (ouch, but pigeons need a-holing) by the book, by numbers and with no colour over the lines; it’s crisp and clean and enjoyable but far from riveting. Perhaps, though, such an impression forms only because of the company the song keeps – Billy Mahonie are old hands at this game, and they’ve this particular contest wrapped up in double-quick time.

Speaking of which, ish, even at 33 1/3 that drumming sounds great.

_Not widely available, this limited-edition seven-inch can be ordered through Rough Trade, here.

What? What You Got