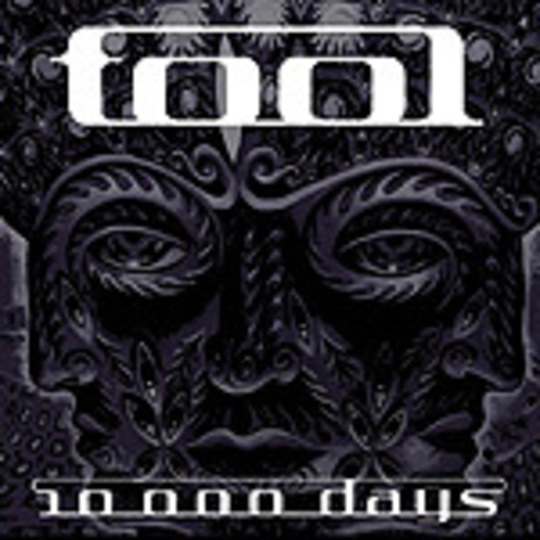 Right now, Tool's position in heavy-metal's playpen is something of a double-edged sword.

On the one hand, not only do Maynard James Keenan (vocals), Justin Chancellor (bass), Adam Jones (guitar) and Danny Carey (drums) seem to have the freedom and time to allow their music to evolve in any direction their dark impulses wish to take it; they also don't have to worry about pleasing mainstream radio in terms of song-length to help them shift units. On the other, the lofty expectations of their fan-base, has combined with the fact that their arty-minded prog-metal bent and unshakable popularity has always irritated a large portion of the hack community, to ensure that the knives are out for them in force.

It seems weird that Tool's imagination, innovative flare and sense of humour – all usually plus-points with critics – are suddenly counting against them. But if familiarity breeds at best apathy and at worst contempt, what happens when a band makes inside-out mixes, quick-change time signatures, and asymmetrical song structures their calling card? Toss in a career that contains albums like Undertow, Aenima and Lateralus, and suddenly the yardstick of quality facing any new release seems almost unrealistic. And of course, given that Tool have never been content simply to re-hash old ideas, however successful they've been in the past, 10,000 Days will probably lose any fans hoping for a Lateralus - Part 2. That’s not to say 10,000 Days is a complete departure but a couple of new kinks emerge in the mix right from the start.

The first is the loose groove that turns up on a couple of tracks; first on 'Jambi' ahead of the guitar solo, and then later on 'The Pot'. On past releases, Chancellor’s bass snapped in time with the rhythm - here it curls around the beat, adding a hip-shaking breakdown which is guaranteed to light up the mosh pits at the forthcoming live dates.

The second is the aggressive directness of Keenan's lyrics. This is immediately apparent on 'Vicarious' which opens the album with what sounds like left over parts from Lateralus, until this time, Chancellor’s bass crashes down like a wrecking ball. Over its near-eight-minute length, the menacing guitars and drumming flourishes frame the most plain-spoken lyrics that Keenan has sung in a while. He expresses the sentiments of a couch potato, confessing a visceral enjoyment of watching bloody tragedy on the goggle-box while implicating the listener in his fun; "You all feel the same / So why can’t we just admit it?"

This candour crops up again in the title track - apparently Keenan's ode to his departed mother. His confessional tone is striking, given his past tendency to obfuscate his sentiments in mythical parables, conspiracy theory and God knows what else. Those who preferred the earlier, indirect approach may find the openness of lyrics such as "Should you see your maker's face tonight / look him in the eye and tell him / I never took a life / But surely saved one", a little jarring. At 11 minutes (but 17 if you count the intro, 'Wings For Marie' as being part of the same song) it may also strike some as being a bit short on guitar pyrotechnics and a little long on atmospherics.

The album's second epic - spread once more over two interconnected tracks - is almost the direct opposite. An echoey guitar line howls over the top of a conversation shared between a nurse and a doctor about an unconscious patient on 'Lost Keys', and then the listener is thrust inside the mind of the coma victim on 'Rosetta Stoned'. Keenan switches from garbled confessionals about an alien abduction to desperate pleas for belief, to dejected realization - and the music follows suit, changing from rumbling menace to echoey themes to frenzied guitar-led freak-outs, locking in on the mood of the narrator with a lethal intensity.

Perhaps the only downside to the album is that it contains a couple of musical segues which stick out as being the very definition of filler. The ritual chanting on 'Lipan Conjuring' offers nothing in and of itself beyond breaking up the flow, and the moaning effects on 'Viginti Tres' are superfluous after the break-neck finish of the superb 'Right In Two'.

In light of the album's merits though, ticking off the critical sticking points one by one could start to sound churlish. It's also worth remembering that when Lateralus was released, it confounded and infuriated as many as it attracted and converted. After five years of waiting 10,000 Days may need a longer gestation period before a final verdict is reached. For now, savour it; it's probably the most engagingly brilliant heavy metal album that'll be released on a major label all year.