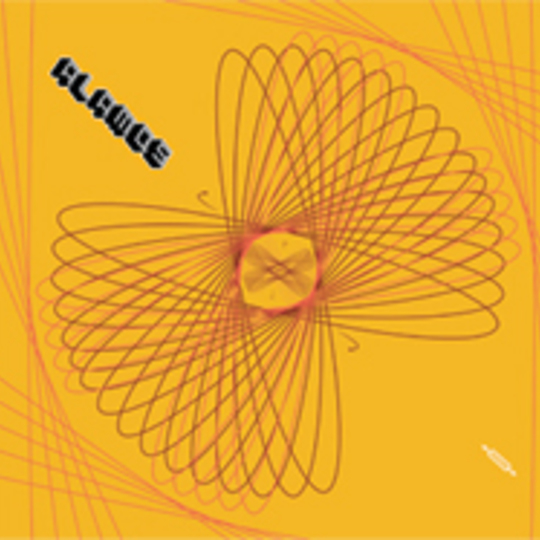 Dundee trio Alamos, led by the brothers Keiller, are a different proposition entirely. Whilst not entirely original – and that’s only in the way that people like The Beatles, The Sex Pistols and Kraftwerk were for having the audacity to crate something entirely of the ordinary in the first place – it would be fair to say that these boys were raised on a diet of Albini rather than oat infested Alpen, and possibly girders themselves rather than the so-called constituents of Irn Bru.

In Alamos’ world everything is rock Jim, but not necessarily as we know it, or at least since Idlewild matured into the Athlete cool kids are supposed to like and Mclusky disintegrated prematurely at any rate.

This, their self-titled debut album may have been recorded on a budget that wouldn’t keep Frank Black in custard pies for a dinner break, but without any shadow of a doubt, what it lacks in production, they sure as hell make up for in ferocity and velocity, not to mention the propensity to actually make you want to dance and gouge someone’s eyes out at the same time, a unique contrast of emotions if ever there was one.

While both Keiller brothers take it in terms to literally pierce the eardrums of any listener by virtue of their rabid, manic screams, guitar slinging sibling Chris manages to out lick the likes of Falkous and Kannberg on the frenetic ‘Kill Baby Kill’ before retreating back into Big Black territory for the ever-so-dangerous fanfare of noise’n’beats that are ‘And We Know’ and ‘Myself And You’. Drummer Keiller Mark on the other hand glides between knocking seven shades of excrement from his Ludwigs and prodding the odd cowbell or two midstream, which makes the likes of ‘Photograph It’ surprisingly ‘floor friendly in a subservient kind of way. Ably assisted by (now departed) bassist Andy Robertson, for all their razor sharp intensity and direct in-your-face attitude, Alamos can actually keep time with any of the New York punk/funkers and hold down enough rhythms for the tank-topped loose-limbed brigade to get excited by.

Not just content with bludgeoning anyone within a 50 mile radius to listen and dance, ‘Alamos’ also has its moments where the pop kids will be screaming in delight. ‘It’s a Film’ could be Franz Ferdinand if they had been born in a crackhouse on the East Bay side of California, while penultimate epic ‘Modern Design’ is the most unstructured, unhinged ballad-esque lament we’ve ever heard, which is all the more reason to love it.

In fact, there isn’t really a duff moment on the record, save for the production maybe, which adds a new definition to lo-fi in places. Still, on the basis of this album, Alamos’ future looks well and truly secured, and if someone takes the chance and lets them loose in more technologically advanced surroundings, the world is theirs for the taking.

One Cure Fits All