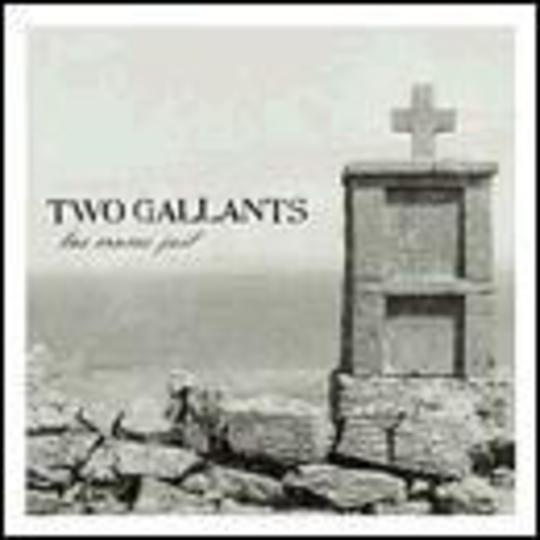 All old-world twang and punk-rocking turbulence at once, Two Gallants' debut release for Saddle Creek is the sound of bipolar brothers in arms - San Francisco-based Adam Stephens and Tyson Vogel - wrestling demons from the bellies of the angels upon their shoulders. Stephens' voice is the epitome of an acquired taste - he doesn't sing, as such, but shouts and screams 'til his tonsils are tattered - but the supercharged folk strums will appeal to the millions taken in by Jack White's similarly retro ways.

That they've self-released material prior to hooking up with all emo childrens' label of choice should tell you something about Two Gallants' work ethic, and this single certainly reinforces one's first impression of them never doing things by half. Although, in a way this _is_ a work of two halves: sanity and the absolute bloody opposite, one welcoming you with a handshake and the other hiding a knife in its boots. Still, music can't physically hurt you, right?

It Dawned On Me