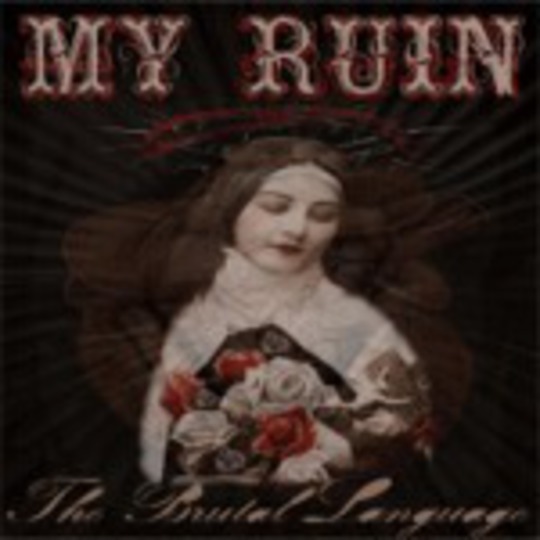 Cor, ain’t Tairrie B getting on a bit? Shouldn’t she have done an Idlewild by now and gone all REM? Shouldn’t time have healed all the wrongs? Shouldn’t she just… get over it? As if. Remember: this is Tairrie (fucking) B. She was always the most aggressive woman in the metal world during her time as the legendary frontwoman of Manhole *and *Tura Satana. And didn’t everyone know it. She is the reason Kittie ever happened.

There can be no mistake that *My Ruin *is Tairrie B’s vehicle and, as such, it’s her emotion and vitriol that stand out. The anger that has been inherent in each and every record she has produced is more than definitely still here and if anything seems to have been focussed further and more effectively. This may be due to the partial disbanding prior to recording where only Tairrie and her multi-faceted prime axeman *Mick Murphy *were left to record The Brutal Language. This unforeseen turn of events may have led to the tightest recording sessions she has ever undertaken.

Grammy winner Nick Raskulinecz (Velvet Revolver, Ministry) mixes this unmistakeably metal album with dark concision and furious fluency. The mood and method is epitomised during the album closer: a cover of a Mudhoney track, ‘Touch Me I’m Sick’. Brutalised and made even sludgier, the former grunge classic is screamed forth by Tairrie to an uncompromising backdrop of Sabbathy riffs and fiercely pounded drums. It is, indeed, a fitting climax as the album builds and builds in both quality and stature. _‘Silverlake’ _is the first true standout track, featuring swinging siren guitarwork, swathing over those famed unrepentant snarled vocals. Later, in _‘Summer Of Hell’ _we see the full extent of the anger unleashed upon the masses and even as the album edges closer to its finale, the unbridled violence never lets up.

This is a clear testament to the meeting of minds and talent between Tairrie B and Mick Murphy. As a result, you and I are both rather glad that Ms.B has been thus far unable to iron out her differences with the rest of civilisation. My Ruin are coming to stages across the UK shortly. Missing out is not an option.