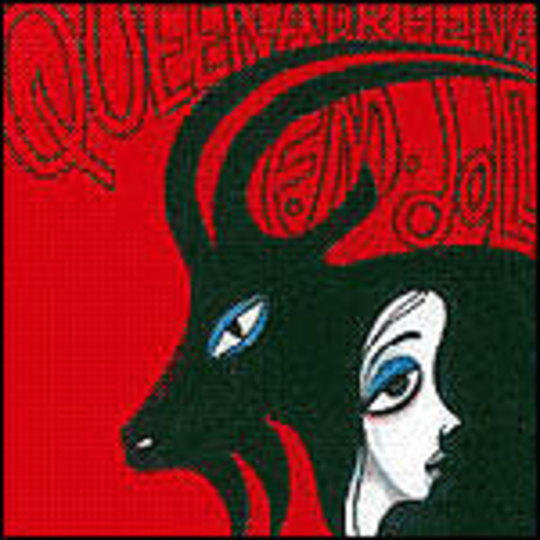 When the 'FM Doll' charges out of the stereo speakers, it greets your eardrums with a "we-didn't-come-to-fuck-around" urgency. This puppy's a re-recorded version of an earlier release that's been beefed up a bit, so it's worth adjusting your aural settings accordingly. You should either listen to it at bloody-murder volume or turn it off.

Buzzsaw guitars burn and bash through the verses, while in the background, drummer Pete Howard beats his kit with a ferocity that suggests he may have a personal vendetta against it. All through this, Katie Jane Garside's high-pitched warble lends the mayhem some enticing sass, and then the chorus arrives, where the boys stand back and she cuts loose screaming "Strip baby strip 'cause your daddy is watching!!". It'll either make your mouth run dry or sending you screaming back home to mummy. This is top quality trash-art-punk-rock on steroids.

But it's also the kind of number Queen Adreena have shown they can pull off before. And while it's a decent song, it's also nothing the Distillers or the Yeah Yeah Yeahs or a host of other riotgrrl-fronted bands aren't also capable of. To set themselves apart from the pack, Queen Adreena need to be delivering crippling blows at this stage rather than bloody noses, and there's nothing about this track that screams "knockout".

However, with 'FM Doll' they've served up a pretty appetizing slice of venom ahead of their new album, which is just around the corner. Let's just hope that this single proves to be more of a tasty hors d'oevres than a menu highlight.