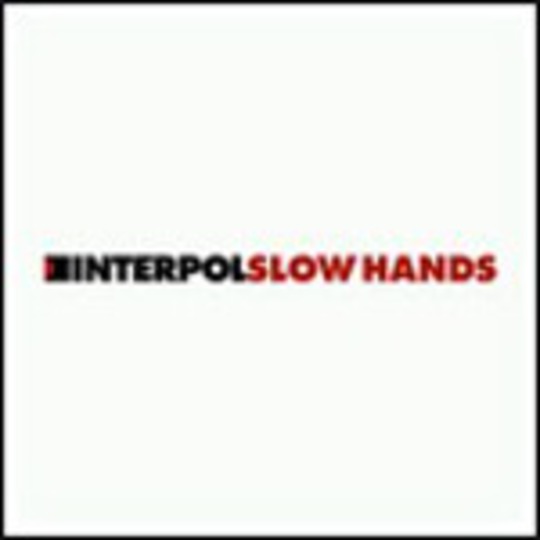 Its probably hard to envisage now but if it wasn't for the hype machine surrounding The Strokes** during the summer of 2001 and sudden interest in all things Big Apple, chances are Interpol probably would have remained New York City's college scene's best kept secret.

Thankfully, the epic 'Turn On The Bright Lights' did see the light of day, and the rest is history as it's creators proudly acknowledge its rightful position as one of the musical masterpiece's of the 21st Century to date.

The most difficult part was always going to be about following something so damn near perfect as '...Bright Lights', but as a precursor to the highly-anticipated 'Antics' LP, 'Slow Hands' is a worthy successor that will leave diehards foaming at the mouth and those who missed out the first time burning their White Stripes** CDs in protest.

Whereas previous Interpol works may have over-indulged themselves just a tad in the collective songbooks of Joy Division* and The Smiths*, 'Slow Hands' heralds the development of a band truly honing their own sound and vision.

Lyrically its as far away from Club Tropicana and free drinks as you're ever likely to get, with Paul Banks instead choosing to hyperventilate as he implores "Can't you see what you've done to my heart?" But this is Interpol right, and if it's not broken then why fix it?