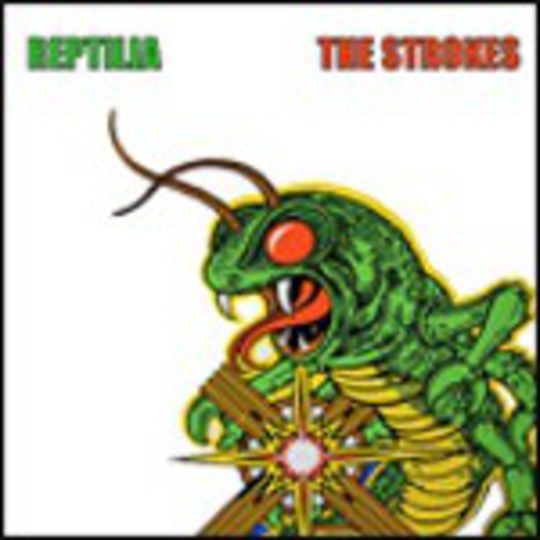 So, after the rather confusing sight of watching fun Fab and jubby Julian et all struggle on stage at a lamentable shithole like Alexandra Palace, it's reassuring to get back on track with the release of one the best tracks off of 'Room On Fire', a somewhat patchy album in the sense that, whilst good, half of the tracks failed to reach the supreme highs of the other half-dozen.

A cousin of the last album's 'Take It Or Leave It' - if only in the intensity stakes - 'Reptilia' also contains the greatest, most dynamic, uber-taut Strokes guitar solo so far. Bearing in mind that the New Yorkers regulary chuck in guitar solos that people sing at their live shows, and you realise that that's no mean feat.

Unlike previous single, the initially anaemic but ultimately obsessional '12:51', it has nothing new to offer the world, but that's not the point of The Strokes' existence. Theirs is to be the coolest, funkiest rock band in the world, and sometimes, with the likes of 'Reptilia', it's hard to doubt their claim to the thone.