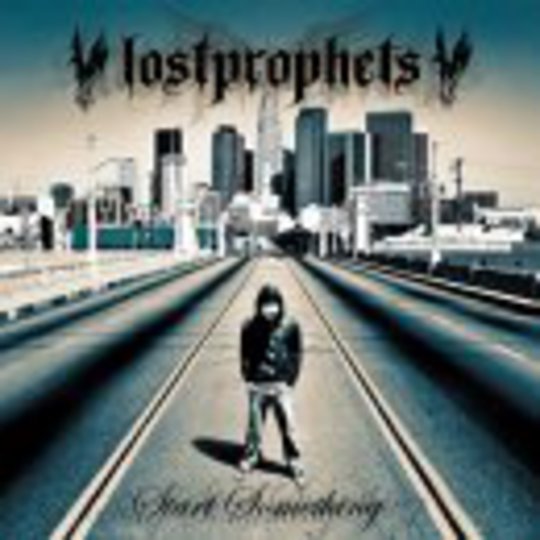 Lord, how I dislike this band. Remember when they emerged? Spazzy haircuts and some Incubus riffs. Well, fuck me if that isn't a recipe for success. Shit.... it is? Jesus. I'll get my coat.

And yet... what's happened here? Over two years they grew more and more dislikeable while, confusingly, amassing more fans... with every passing day they cluttered more and more 'alt' tv channels, and generally refused (quite unreasonably, I thought) to go away. Then they caused a bit of a stink by cancelling their much-awaited Reading Festival appearance to work on the second album. And while we were all quick to extract the Michael out of them for such (spit) corporate behaviour, it seems we may have jumped the gun a little - those hours in the recording studio have paid off.

This album isn't a grower. It's not an "ooh... well, there's one or two decent songs on it", grudgingly likeable apology for the first record. It's a really really really really really REALLY great pop-metal explosion. If you don't like it almost instantly, you'll probably never get it.

At first look, not a lot's changed. They still have spazzy haircuts and Incubus riffs. But some metamorphosis has taken place here. Start Something seethes and grins with "toldja so" confidence. Slick in all the right places, those riffs don't sound like the stilted, borrowed nu-metal shreds of yesteryear - they've evolved into ruddy great monsters and have taken to bashing you repeatedly around the ears until you give in and let them sink into your brain. The snippets of caterwauling whose only chorus-like characteristics were their incessant repetition throughout each song have been replaced by anthemic sunbursts of harmonic melody and delicious guitar solos. And Ian Watkins, previously renowned for his metal-as-fuck squeak, has learned to sing!

First single 'Burn Burn' is a good example - the catchiest hook this side of Linkin Park, segueing into the much-discussed Adamski rip-off verse (fact: such unashamed plagiarism is absolutely justified when the resulting song is this awesome) and a surging chorus that will, and almost certainly did, have you punching the air and jumping around your room. Standout track 'Last Summer', a bittersweet, punchy number bursting with all-too-short youth and nostalgia, has one of the most gorgeous, glowing choruses imaginable, backed up by pulsing rhythms and call-and-response vocals - the only thing missing is a flurry of gleeful handclaps. Elsewhere they take a leaf out of Funeral For A Friend's book and tap into the zeitgeist of the emo/hardcore scenes, wrapping dual vocals and screamed choruses around a heavier guitar sound than their first album dared to explore. (The purists who'll no doubt resent them for nicking some of the best musical bits of this scene will undoubtedly deride Lostprophets as popcore charlatans, but such miserable grumbling should obviously be ignored.)

The irony of Lostprophets' emergence was that the cooler they tried to be, the less credible they were. Indeed, the band themselves are reputedly very quick to disown their first record (reports suggest they consider this their first proper record, which may explain the title). Yet the enormous fanbase they gathered in that time seems to have spurred them onto better things. With Start Something they've gained the confidence to inject some personality into their sound and claim it rightfully as their own. Playing to their strengths at last, they've taken the lustre of their energetic live shows and injected into their second record with an enthusiasm that shines out of every song. No longer needing to concentrate so hard on posing and posturing, it seems they've learned to relax and enjoy themselves. The result is an upbeat, defiant and utterly brilliant pop record.