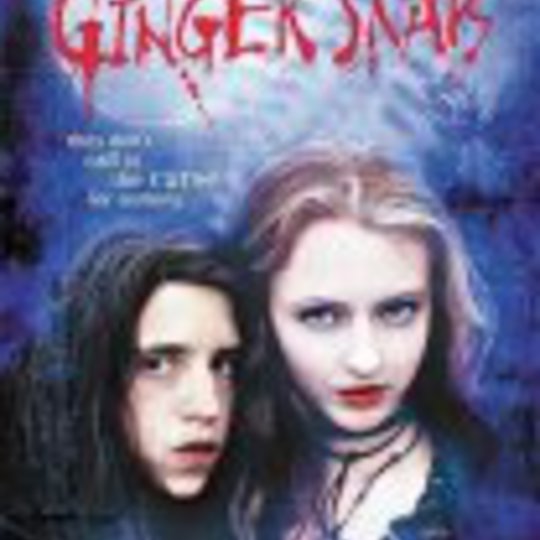 The horror genre has supposedly undergone something of a revival in the last five years or so thanks to the <>BKevin Williamson/Wes Craven partnership's referential debunking of the genre in Scream and its sequels. In reality, that film and all those like it since are not horror films. They're merely a few teenagers getting hacked to pieces by some pissed-off bloke who lost his thumb in a milking accident.

Now THIS is a horror film. Like the best recent horror efforts (such as Ring and its recent sequel), the confines of a small budget and unknown cast help it to set a creepy and edgy tone from the very beginning. The film is set in a small unidentified North American town and stars Katherine Isabelle and Emily Perkins as two suicidal teenage sisters (Ginger and Brigitte respectively) who have made a vow to die with each other, whenever that may be. Meanwhile, a 'wild dog' is munching down the local canine population whilst the two sisters stage their own impressively realistic deaths and photograph them for later use. After a night out searching for said 'wild dog' turns sour for Ginger, she quickly finds herself searching for blood of her own and trying to hide the tail that she has mysteriously sprouted....

The problem that werewolf horror films will always have to deal with is trying to incorporate the frankly barmy myths concerning silver bullets and full moons without looking hackneyed and being predictable. Ginger Snaps is particularly impressive as it effectively throws these myths out of the window and makes up its own rules, making for an original and unpredictable film. The acting is outstanding from the two teenage leads, and from their mother, played convincingly for laughs by veteran character actress Mimi Rogers. The effects are, well, effective, especially for such a low-budget film. And the gore level is impressively high for those who like that type of thing.

But digging underneath the gore and the rather annoying teen cliches is a deeply intelligent and enjoyable horror movie that is one of the year's most surprising discoveries. It doesn't really on crappy slapstick jokes and constant references to John Carpenter films, although there is one hilarious scene involving a needle.

It is a serious horror film without being po-faced. And although it does have small flaws as highlighted above, Ginger Snaps has enough bright young talent on either side of the camera to suggest that the effort was completely worthwhile.