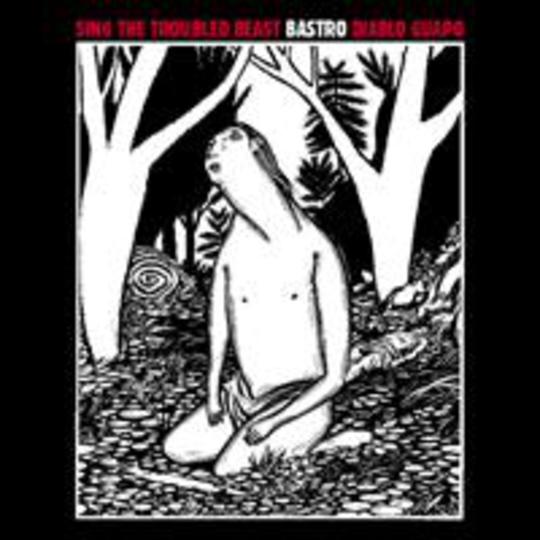 Just for once, let’s forget history – it is, after all, not something that can be accurately assessed in the present. What the present offers us is this: Bastro’s re-issued albums, from a time before Nirvana hoodie-wearing kids bought up all the rights to love punk rock; a time when the term ‘post-rock’ was just a whisper inside the brain of some Wire writer.

Bastro’s future is well documented – what each member went on to play, with whom, and for what purposes – but what’s not is this: their initial offerings into the punk rock wilderness. Sing The Troubled Beast and Diablo Guapo are neatly packaged onto a single disc for your listening pleasure (that’s 21 tracks!), and trust me, there’s plenty of pleasure to be had.

Be you a fan of the Slints of this world, or one of those aforementioned scrotums hanging around Manchester’s M&S, there’s plenty here for you - ‘Demons Begone’ is a clattering, car-crashing bastard of an opener, all its screeches and squeals coming through as clear today as they were some fifteen years ago. ‘I Come From a Long Line of Shipbuilders’ meanwhile is what today’s scholars would classify post-rock; what they called it then, we can only guess. Inspired? Probably. If Shellac didn’t pinch a few tricks from these guys, I’ll eat my hat.

I don’t have a hat. I’ll eat my shoes instead.

Mischievous intent is evident through titles alone – ‘Can Of Whoopass’ and ‘Shoot Me a Deer’ feature – but the songs hold steady throughout their most unbalanced of moments. The band’s earliest efforts often seem seconds away from collapsing into an unbearable noise (indeed, one track smacks of Guantanamo Bay ‘torture’), but anchors are usually dropped, and the rocking ship, steadied.

Really, forget history and embrace this new present – these albums are classics and no mistake.