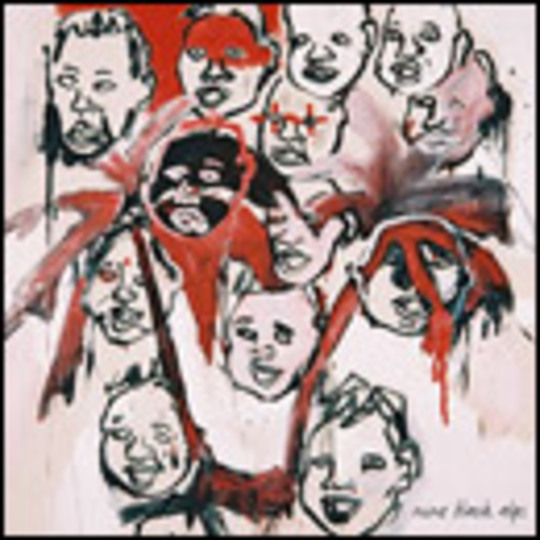 Nine Black Alps are not in an envious position: seemingly they carry the hopes of the new British rock movement (I know there isn’t one – we made it up) squarely and solely on their own backs.

Signed after half a gig, lots of A&R… yadda yadda… but that gumbo is all unimportant now, and finally we get to judge them on their first widely available release (their 2004 debut ‘Cosmopolitan’ on Melodic records is going for silly sums on the Ebay thingy machine).

’Shot Down’, a sharp, thrusting punch that's brimming with anger and envy has a resolutely British feel, which is a pleasant pooh-pooh to all those who offer up words like ‘Nirvana’ and um... ‘Nirvana’. Instead, it sounds more like a brutal early Stereophonics single with a rocket up its arse.

No wait… come back… because don’t forget, the ‘phonics used to be quite good.

Anyway, it’s not quite as ace as QOTSA’s returning single, nor does it help to cover up all those great UK rock bands simmering over without big mag press, but it's better than the Glitterati and for what they do, it's a decent fistful. The story continues…